It’s ironic that the United States and Saudi Arabia may be finally coming to the parting of the ways that was threatened by the Saudi leadership in August of 2001. It’s widely believed that one of the purposes of the neoconservative false flag coup d’etat on September 11, 2001 was to reel Saudi Arabia back into the US orbit.

That was always considered a top priority by US strategists. The petrodollar, which is the instrument, by which the United States can rule the world by printing as much money as it wants, and trade that worthless green paper or worthless digits for real goods and services from other countries, is in danger today. But it’s always rested on the US relationship with Saudi Arabia in which the US had the right to dictate the Saudis call on oil prices and production, and in which the US could demand that the Saudis, put all of their oil money into US treasuries and other instruments for keeping the US dollar afloat as the global reserve currency.

But today, that’s all changing, and it’s changing fast. And again the irony here is that this whole relationship was always based on the US wanting to keep stable low oil prices, and it was always pressuring Saudi Arabia to keep the prices in a certain range—and generally lower, to a certain extent, was better than higher much of the time.

But today, the prices have gone so low that the US is feuding with Saudi Arabia because the US shale oil industry is going bankrupt. And Saudi Arabia keeps pumping oil with Russia, keeping those prices very very low which will completely destroy the US shale industry, in which it costs thirty, forty dollars a barrel just to take the oil out.

And now the prices are negative. So, the Saudis, the Russians, and others who can produce cheaply are going to get rid of the US shale industry which has dominated the world for the past few years.

And this dispute is now really flaring up as Bin Salman apparently thinks the US was behind a coup attempt that hit him just a month or two ago. So now he may be finally arriving at the parting of the ways and sending US forces home from Saudi Arabia.

He probably is not too sad to see those Patriot missiles leave since they were completely ineffectual in stopping handmade artisanal drone fired by the Houthis.

So, this relationship of these two clowns — the Clown Prince in Saudi Arabia, and the clown president in the United States — has apparently soured, and Trump wants the shale oil industry back in good shape before his reelection bid in November. That’s not going to happen. So apparently there he’s going to pick a fight with the Saudis, who will respond in kind.

And this is actually good news if Saudi Arabia, finally wakes up, and understands that it can do better as an independent nation that deals with other nations in the region reasonably. If it can end its war on Yemen, restore a decent relationship with Iran and the other independent countries in the region, and recognize it’s mostly selling oil to China now it needs a better relationship with China—in other words, if it leaves the orbit of the US Empire—this would be very good for the Saudis.

Henry Kissinger famously said that it’s very dangerous to be an enemy of the United States but to be a friend is often fatal. And Bin Salman just learned that it was almost fatal to be a US friend. And now he is perhaps going to declare a more independent policy, which would be the first intelligent thing he’s done since he took power. 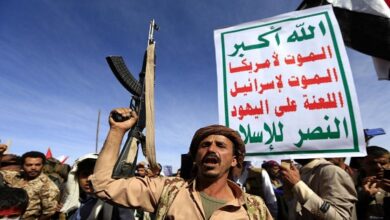 Why Is Saudi Truce Plan for Yemen Doomed to Fail?

23 must-see photos from a war no one won