On Thursday, Saudi Arabia announced a two-week ceasefire in its devastating war against Yemen. Turkey al-Maliki, the spokesman to the Saudi-led Arab coalition said that the cessation of the attacks comes as the United Nations Yemen envoy seeks arranging a meeting between the resigned President Abdrabbuh Mansour Hadi and Sana’a.

Although the announcement was, as many analysts agree and Ansarullah resistant movement showed in its doubtful reaction, meant to digress the international attention from the Saudi war, bloodshed, and all-out blockade amid reports that coronavirus was spreading in the war-weary country, it is of significance from Several aspects.

Saudi Arabia and its war allies especially the UAE since the beginning of the war in 2015 always evaded the international demands for ending the heavy bombardment in Yemen that largely destroyed the country’s infrastructure and killed many innocent people. They even did not adhere to a couple of UN-brokered agreements in practice and pushed for their stated aim of seizing the capital Sana’a from the revolutionaries to restore the fugitive president Mansour Hadi. Actually, during the five years of war, the two countries put military victory over Sana’a over a political solution that could save many lives and also Yemen’s weary infrastructure.

The failure to keep commitment to the Stockholm peace deal, signed between Sana’a and the fugitive government in December 2018, is just one example of the Saudi disrespect to the internationally-brokered deals. Saudi Arabia violated the agreement at its first stage which called for prisoner swap, cessation of hostilities in the key Hudaydah port, and delivery of humanitarian aids and fuel through the port which marks the only lifeline to the northern Yemen. The Saudis since the beginning started to block its implementation for months, all to put economic pressures on Sana’a officials to surrender to Riyadh demands.

With this in mind, the Saudi show of openness to a ceasefire does not stem from a position of power. Rather, they do so because of their weakness to check Ansarullah’s military advancements, buy breathing room for their mercenaries whose morale is really low as a result of the recent weeks’ heavy defeats on more than one front in Al-Jawf and Ma’rib provinces. Also, Riyadh wants to stop the Ansarullah’s missile and drone attacks on the economically militarily, and even politically strategic targets as so far the Yemen attacks showed great effectiveness with deterring the Arab coalition. On April 5, Mohamad Taher An’am, a Yemeni politician, had said that Saudi Arabia’s intelligence apparatus sought a truce under the excuse of coronavirus spread without lifting the blockade in order to prevent the Yemeni movement from take control of Ma’rib and continue its drone and missile strikes on the depth of the Saudi soil.

In early March, the Yemeni forces retook from Saudi and Emirati forces the center of Al-Jawf, a strategic province in the north of the country. The Ansarullah’s triumph in the northern province marked the second retreat of the Saudi-led forces in a month. Later in January, the army and popular committees managed to take from the Arab coalition forces the control of Naham region east of Sana’a.

In addition to its massive-scale ground operations on the borders with Saudi Arabia and mainly in the Saudi provinces of Jizan and Najran over the past few months, Ansarullah in the recent weeks talked of plans about heavy missile strikes on Saudi Arabia as part of its deterrence strategy. Though Saudi officials introduced tight censorship regime to prevent leaks of information on the damages of strikes on the kingdom’s facilities, Yahya Saree, the spokesman to the Yemeni armed forces, on March 29 said that February missile and drone strikes were the heaviest since the beginning of war.

Abdul Malik al-Houthi, the leader of Ansarullah Movement, in mid-March at the fifth anniversary of the Saudi war on his country asserted that the Arab kingdom will witness “surprises” in the sixth year of the war. The surprising advances of the Yemeni forces in drone and missile power have been the reason pushing the Saudis to struggle for face-saving exit from Yemeni war quagmire.

Coronavirus crisis and golden chance for face-saving exit from Yemen

Now it can be strongly claimed that Ansarullah is a determining factor and has the upper hand on the ground. This reality can be understood from the conditions the movement has recently announced to the UN as the frames of a political solution to the crisis.

Mohammed Ali al-Houthi, the president of Supreme Political Council which acts as an administration running the regions under the control of the revolutionaries, on Wednesday in a Twitter message said that Sana’a has handed to the UN special envoy to Yemen its comprehensive plan of action for ultimate end of war in Yemen. Halting forever the Saudi operations from the sea, air, and ground, lifting of the all-out blockade, ending the foreign forces’ existence in the country, reopening the ports, airports, and border crossings, starting the peace negotiations, and finally putting to referendum the results of the talks.

Certainly, Saudi Arabia, which due to the military defeats in Yemen and losing its main ally the UAE develops plans to split Yemen and make minimum achievements, will not support conditions of Sana’a. Still, it should be taken into account that the pandemic outbreak provides the golden opportunity for Saudi regime to exit from the crises under the name of good-faith action to prevent fatalities among its forces, before being forced to pull out under the international pressures and the heavy attacks of the Yemeni forces. Announcing the two-week ceasefire might indicate that Riyadh very well appreciate this golden opportunity.

Evil Is Not as Evil Does: US, Britain, Saudi Arabia Committing War Crimes in Yemen 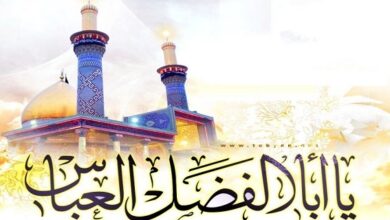 Al-’Abbas in the Imams’ Sight 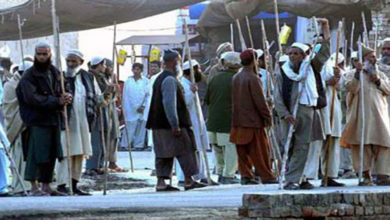