On Sunday Donald Trump confirmed the death of ISIS terrorist group’s leader Abu Bakr Al-Baghdadi, whose name is reminiscent of war, terror, horrible civilian killings, displacement, slavery, and rape. His killing by a US special operation raises a question: Why was he killed at the present time and while the US has cut its military forces to less than 1,000 in Syria?

Ibrahim Awad Ibrahim al-Badri, known as Abu Bakr Al-Baghdadi, was born in the Iraqi city of Samarra in 1971. Although his family was not wealthy, but supported him to enter the University of Baghdad. In 1996 he graduated with Islamic studies major from the university. He continued his studies for higher education receiving a Ph.D. in Quranic studies.

In 2004, a year after Saddam fall, he was arrested under the charge of founding Jaysh Al-Amal militia. When in 2010 Abu Omar Al-Baghdadi was killed, the “leadership council of the Islamic State in Iraq” named Abu Bakr its new leader. He conflicted with Abu Mohammed al-Jawlani, the leader of Syria-based Al-Nusra Front, as the latter sought to ally with Sunni rebels of Syria in the fight against Damascus government. He merged Al-Nusra into ISIS when in 2013 announced foundation of Islamic State in Iraq and Syria, also called Islamic State in Iraq and Levant. The move infuriated Ayman al-Zawahiri, the Al-Qaeda chief. He expelled Abu Bakr and ISIS from an alliance with Al-Qaeda. In a sweeping operation in 2014, ISIS captured the Iraqi city of Mosul. Abu Bakr announced himself as the “caliph”. His forces captured some 100,000 square kilometers of Iraq and Syria territories.

Odds are that al-Baghdadi was under the US secret training since 2004 for a big mission. When he was held in the Camp Bucca detention center, he quickly became imam and a preacher for the prisoners. He learned there well how to organize forces under religious rituals, to a degree that when later he joined the so-called Iraq Islamic caliphate terrorist group, he fast gained a top place as he showed honed skills in the mobilization of forces.

He was tasked with establishing links between the extremist Islamists and Baathist Party’s remains. Fulfilling such a mission in the extremely policing atmosphere of Iraq, where Baathists did not dare to openly promote their agenda, could not be successful without professional military training for Al-Baghdadi.

So, Al-Baghdadi was the US black box. If he fell to the hands of the Syrian or Russian forces, he could make huge revelations, compromising the US national security. While giving the news of his killing, Trump said the hunt for ISIS leader was the national security priority of his administration.

But his killing does not mean the end of ISIS. Political analysts are nearly unanimous in their vision that his killing does not finish the terrorist organization. If there is a threat to the US national security, it is posed by ISIS prisoners held by Kurdish forces in northeastern Syria who along with their families reach 12,000. Over the past fortnight, 850 of them escaped Kurdish detention camps as Turkey launched the anti-Kurdish offensive.

On the other side, when Syria’s Palmyra fell to the group in 2015, the militants, under the guise of destroying non-Islamic symbols, ruined the city’s cultural heritage sites. But this action revealed a brazen contradiction. While ISIS argued it destroyed the non-Islamic antiquities, it sold them to Western museums and smugglers. This, some analysts argue, serves the Israeli Nile-to-Euphrates policy. By destroying Iraq and Syria’s identity symbols, it could destroy or at least weaken the proofs of Assyrian, Sumerian, and Muslim rule, something removing the historical obstacles ahead of the Israeli generations-old Nile-to-Euphrates seizure dream.

Using instructions believed to have been taught to him by the Americans and Israelis, Al-Baghdadi sold the Iraqi and Syrian antiquities. His forces very soon deployed to the oilfields. The two sources of income gave the terrorist organization an operating cash flow of $3 billion annually, according to the Forbes newspaper.

With his death, now Tel Aviv has no fear of revelations on his relationship with the Israeli regime and the US. While the Russian defense ministry doubted his death, Israeli Prime Minister Benjamin Netanyahu was among the first to congratulate the US for the operation. Over the years of the Syrian war, ISIS never attacked the Israeli regime which openly backed the anti-Damascus militias logistically and treated their wounded fighters in makeshift hospitals on the border with Syria.

Al-Baghdadi’s killing news was exploited for Trump’s position boost for the presidential election and while the Democrats still push hard for the president’s impeachment. Under fire for withdrawal from Syria, Trump seeks to alleviate the situation by saying that with Al-Baghdadi’s death the US mission to fight ISIS has ended. Syrian Democratic Forces’ spokesmen Ridur Khalil in a press conference said that the Kurdish forces were aware of al-Baghdadi whereabouts since the past month. But Secretary of Defense Mark Esper rushed to dismiss the claim.

Idlib is a strategic junction linking to each other Syria, Turkey, and Jordan. The Bab Al-Hawa border crossing which is a huge transit spot is located in the city. Now, the city is the last major stronghold of the terrorists, with 60 percent of them, including Tahrir Al-Sham, Failaq Al-Sham, Jaysh Al-Nasr, and many others, taking shelter there with about 70,000 fighters. If Idlib is restored by the Syrian government, the lock of civil war will be broken forever. Such achievement will be economically and politically advantageous to the Axis of Resistance as Syria ally. The US allies strongly push against Damascus’s control over the city. By killing ISIS leader, Trump sought to strip Syrian governments of justification to resume Idlib recapture operation.

Reports suggest that two months before his death, Al-Baghdadi designated a successor, a former Baathist officer named Abdullah Qardash. Qardash is not of ideological and charismatic position similar to that the US created by investing on al-Baghdadi. This will have two results: First, the ISIS position and hegemony will be resoundingly broken and the group will lose the power in the future to exploit its ideological grounds to recruit forces. Second, ISIS remnants will shift approach and possibly nature.

The course of developments indicates that Washington seeks Baathist Party restoration in Iraq. So far, over 100 ISIS prisoners fled Syria to Iraq. Iraqi security affairs expert Moaid al-Ali revealed that some Baathist members have penetrated Iraqi intelligence services to spy for the US. Thus, the Americans eye organizing a controllable part of ISIS in Iraq under a new identity for political benefit. Once ISIS’s mission is over, the US will very likely separate the Afghan and Iraqi branches of the organization. 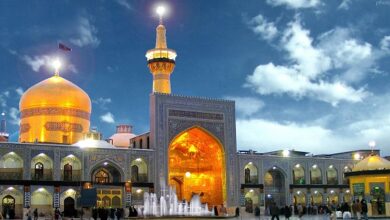