The string of events in Iraq at least over the past year suggests that the crisis and instability in the country seem to have no intention of dying down.

In the latest instance, crowds of unemployed Iraqi youths took to the Tahrir Square in the capital Baghdad to protest unemployment in the country and the blatant corruption in the political community. Very soon, other Iraqi cities witnessed similar protests with similar demands.

After a couple of days of stormy demonstrations, the parliament lawmakers met with the protest leaders and activities were suspended until the end of Arabaeen, a religious commemoration in the country every year attracting millions to the holy city of Karbala to mark the martyrdom of Prophet Muhammad’s grandson Imam Hussein. But according to the latest calls, the demonstrations will be resumed on Friday, October 25. Muqtada al-Sadr, the influential cleric who leads the Saeroon parliamentary alliance, has invited his supporters to make huge turnout in the forthcoming anti-government gathering.

The preparations for a new wave come while the government of Prime Minister Adel Abdul Mahdi since the eruption of the protests offered three reform packages to persuade the people to go back home. How much could these reforms address the crowds’ needs?

The PM’s packages of reforms

In the middle of the protestations, the parliament speaker’s meeting with 50 representatives of the demonstrators to see what their demands was one of the considerable events that has taken place once in the country.

Furthermore, the heads of three powers gathered and a set of decisions were taken. They decided to form a “reconstruction council”, enact social insurance law, and launch a council for federal services to guarantee a fair distribution of state posts. They also promised to form “reformist lawmakers commission” in the parliament and immediately crack down on corruption.

In terms of implementation, the PM took the first steps by firing some 1,000 “corrupt” state employees. The government shortly later, published the three reform packages approved by the cabinet. Here they are:

The country’s ministry of finance is under obligation to provide finances to the National Housing Fund to increase the interest-free loans to build houses in lands distributed among the citizens. The council of ministers also decided to provide 150,000 unemployed families $150 monthly pays and give them business places in the country’s business hubs under the conditions that they employ at least two individuals. This, the government said, will create 450,000 jobs.

According to this package, the ministry of defense and interior will employ 18-25-year-old youths and rethink the canceled contracts with their employees. The agriculture ministry will give the land leases. The education ministry will employ its contract teachers. The health ministry was instructed to treat all of those wounded in the recent protests for free and bring those dead under the “laws of martyrdom”, which would mean regular pays for their families.

On October 15, the second package of government reforms was unveiled. Its terms are as follows:

A council, led by the PM and membership of the minister of housing and other related authorities, will be formed to supervise the distribution of housing lands among the citizens. The council will also be tasked with expanding the cities and changing the use of lands in the suburbs for this purpose. The government will also detect state employees receiving more than one salary. The ministry of power will also have to provide free solar power to 3,000 poor households. The package tasks the ministry of trade to facilitate company registration for below 35 years old citizens. Job opportunities will be created in engineering, parks, and trash recycling. The provincial governments were given powers to use the youths in projects with costs less than 500 million Iraqi dinars ($412 million).

The labor ministry was tasked with providing food trucks and mobile restaurants for youths with cheap loans. The municipalities are ordered to issue business licenses with easy conditions. The power ministry will contract the bellow 35 years old youths for receiving its bills. The contractors will get 5 percent of the total bill value and 5,000 dinars for day work.

The aim of the first two is, as the PM put it, to see no families without a source of living. The third package was unveiled as the government still had worries about the situation. The third round of reforms asks the ministry of education to train job seekers and provide finances to employ them in state posts or help them run small businesses. The government asked the pension and retirement organization to design a plan for the early retirement of the state employees to vacate posts for the younger generations. This package will reduce the tax for low-making and small businesses. The income tax will be fully cut for them.

A couple of points should be regarded concerning Abdul Mahdi’s reforms:

1. The level of people’s expectations from the government to fight corruption and provide social justice are too high to allow for approval of such hurried reform packages.

2. While the president, the PM, and the parliament speaker are united, Muqtada al-Sadr’s encouraging the protests mars the government’s efforts to satisfy the demonstrators.

3. In the short term, or as long as the promised reforms are not implemented, there should not be an expectation of the end of the protests.

4. Abdul Mahdi is leading a single-party government. The nature of the power-sharing government strips him of overwhelming support to calm the situation. On the contrary, some parties seek to fuel the demonstrations to push the situation towards his resignation.

US strategy to arm Syrian ‘moderate’ terrorists will fail 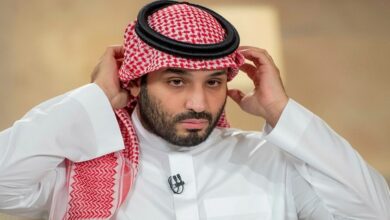 What is Yemen Part in New Tone of Saudi Crown Prince on Iran? 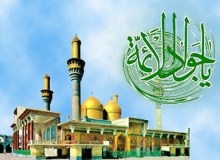