Protests in Iraq, which began after a month of coordination on social media, entered the fourth day on Friday. Although some are trying to frame them as spontaneous, evidence has left a trail of foreign involvement in the spiraling violence and unrest.

Iraq is going through a different time just days before Arbaeen pilgrimage of the year of 1441 (according to the lunar calendar of Islamic months) with protests and demonstrations which apparently have no leader, are apparently popular and seemingly independent but dubiously questionable in many respects.

So far, governorates of Baghdad, Najaf, Karbala, Dhi Qar, Maysan, Babil and Basra have been the scene of demonstrations and protests, but there have been reports suggesting that Al Kut, the provincial capital city of Wasit Governorate, has also gone through unrest.

The areas that have witnessed protests, except Baghdad, are all known as the Shiite-inhabited regions. Although rumors have been circulated that some people have been moved from Western Iraq to some of these governorates to attend the demonstrations, Sunni areas appear to have not witnessed such protests until now.

Numerous reports by the Iraqi media, as well as the slogans chanted by protesters, indicate that their main demand is the resolution of economic problems and, in the second place, the fight against political corruption. Eliminating unemployment is one of the most important demands of young people. After these, the emphasis is on the improvement of public services, including utilities (like electricity and running water) and other government services, as the causes of the protests. But the fact that only a few chanted anti-Iran slogans in the middle of these rightful demands is somehow expressive and telling, specially considering that London-, US- and Saudi-based media have kept the few at the center stage to generalize their views for audience.

Although some in Iraq are trying to frame the protests as a popular and independent movement without a political leader, there are several indications showing that they are certainly not spontaneous. Here are some reasons:

1. The unstable living and economic situation that has been introduced as the cause of the protests is not a new, unprecedented and one-off phenomenon that could lead to a burst of public anger in Iraq.

2. Qais Khazali, the Leader of Asa’ib Ahl al-Haq Resistance Movement, revealed, in a press conference more than a month ago on August 26, that some political fractions in Iraq in a joint endeavor with some foreign powers are getting prepared for igniting demonstrations, because they are unhappy with Iraq’s current foreign policy.

“The problem is the ‘Deal of the Century’. They are after making the current administration abide by their demands…. Accordingly, we will witness new demonstrations in Iraq. The demonstrations are scheduled to begin in the tenth month (October). If you liked, record these words of mine. This is not my analysis; it is the information and intelligence I have. They also start with social media to pretend it is public opinion, but in reality they are being led by foreigners,” he said.

Now that we review the starting date of the protests we see that they kicked off on the first day of the 10th month; exactly as Khazali had said.

4. Lebanon’s al-Akhbar newspaper disclosed that Saudi Arabia had handed a plot to the administration of US President Donald Trump to stir unrest in Tehran, Baghdad and Beirut. It shows that the three countries of Iran, Iraq and Lebanon are the main targets of the project which is aimed at stimulating the public opinion through the media in order to instigate street protests which would finally weaken the central government. The Arabic-language al-Akhbar newspaper went on adding that After Saudi Crown Prince Mohammad bin Salman managed to coerce Head of MBC’s television network Walid Ibrahim to give in part of the shares of the MBC, through putting him behind the jail, bin Salman gained control over the MBC’s board of directors, injected $100 million into the network to spend it against target audience in Lebanon, Iraq and Iran. Many may have not noticed that there were several rallies in Lebanon concurrent with protests in Iraq, but they failed to attract attention similar to what demonstrations in Iraq did. This remarkable synchronization will be noted by shrewd analysts.

Now, the Saudi plot is being materialized in Iraq, and that is why there is no internal political leadership heading it which makes it seem as if the protests were popular and spontaneous while the plot is riding a wave of economic discontent. The current situation in Iraq is very similar to what was supposed to become nationwide in Iran in late 2017 and early 2018. Both of these cases of protests claimed popularity and independence from any political leadership, and at the same time were heavily dependent on arrangements made and announced on social media.

5. It is not at all coincidental that the protests started with the public movement for the massive march of Arbeen. The date of the start of this upheaval is like killing two birds with one stone; on the one hand, it is meant to undermine and overshadow the march of Arbaeen, and as far as this objective is concerned, the push has apparently failed as astunished Iranian interior and foreign ministry officials said on Thursday that visa application for Arbaeen pilgrimage has trippled.

On the other hand, the protests are also believed to be a move to pave the way for overthrowing the administration of Adel Abdul Mahdi’s, which has been in power for scarcely a year. Adel Abdul Mahdi’s administration is under great pressure from the United States for two reasons; first, unlike the former administration, led by Haider al-Abadi, Abdul Mahdi’s administration is not only looking forward to relations with the West, but also it favors good ties with the East. He recently returned from an official visit to China where Baghdad and Beijing sealed numerous commercial and economic agreements. Secondly, and more importantly, his government has recently announced that Israel was behind the attack on the positions of the Popular Mobilization Forces (PMF) of Iraq. This stance itself shows that Baghdad is determined to give an appropriate response to the attacks.

On the 3rd day of the protests (Thursday), the Reuters reported that 11 people were killed in street protests in Iraq, citing Iraqi police. One of the victims is reported to be a policeman. The deadliest city has been Nasiriyah, the capital city of Dhi Qar governorate in Southern Iraq, where 7 people are reported dead. After that is Amarah, the capital city of Maysan governorate. The number of wounded is estimated to be more than five hundred.

The Rudaw news website, based in Iraqi Kurdistan, which is somehow supportive of the protests claimed that the death toll of the unrest has increased to 21.

While all parties and politicians, and even Prime Minister Adel Abdul Mahdi, have emphasized on the recognition of an entitlement of protests, some politicians have taken a democratic pose by making double-edged remarks or taking ambiguous positions as if they backed the people.

The political rivals of Adel Abdul Mahdi have said they have not called for the current demonstrations, however, they are not dissatisfied with the situation. They have made vigorous efforts in the past few months to impeach the ministers of the government and even the prime minister, even though the current administration has not yet turned a year old.

In a tweet, on the day 2 of the protests, senior Iraqi cleric Seyed Muqtada al-Sadr said, “We do not want, and it is not in Iraq’s interest, to turn popular demonstrations into a party demonstration. Otherwise, we would have called on the revolutionaries of al-Islah (coalition) to join the demonstrations. But we want its popular and peaceful nature to be preserved. … We also reject any offense against unprotected demonstrators who do not seek corruption and violence.”

Former Iraqi Prime Minister Nouri al-Maliki said on the first day of the protests that what happened at Tahrir (liberation) Square of Baghdad on the day was unfortunate and in no one’s interests.

“I call on protesters to exercise restraint, abide by the law, maintain the peacefulness of the demonstrations, and to avoid friction with security forces, endangering public and private interests and vandalism. Security services must also protect protesters and public and private properties,” he added.

Former Iraqi Prime Minister Ayad Allawi also called the demonstrations a legitimate right of the people, provided they were peaceful and avoid harm and damage to public or private properties. He urged protestors to exercise restraint, adding that he was supportive of their demands.

Ammar al-Hakim (the former Leader of the Islamic Supreme Council of Iraq), on the second day of the protests, described the protesters as “our children” and urged security forces, “Exercise tolerance with our children … listen to them.” For the past few months, he had also tried to urge his supporters to protest against the government’s performance in several Iraqi cities, but the call was defeated by a very low turnout.

Both Sadr and Hakim sought to take the lead, but were pushed back by demonstrators.

The US, Saudi, Israeli embassies and governments have thrown their weight behind the protests, raising suspicions of their involvement to yet another level.

After a curfew was announced in Baghdad, local officials increased the number of governorates under curfew, in a bid to restore calm.

Iraqi officials have announced curfew in Najaf, Babil, Maysan and Dhi Qar governorates. Some sources have reported that the situation in Iraqi cities is getting calmer today, though some media, such as the Saudi-run al-Arabiya, have claimed that protesters have taken to the streets in several cities.

The al-Arabiya has also reported that the prime minister has met with representatives of the protesters to hear their demands. These measures will contribute to restoration of serenity in Iraq.

Martyrdom Anniversary of Imam Sajjad (AS)

Imam Zainul-Abideen (AS) Who Safeguarded the Husaini Revolution 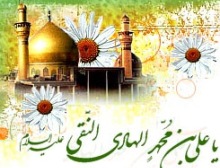