India and Pakistan are locked in escalated tensions as New Delhi recently in a controversial move stripped Kashmir of its autonomy and parliament approved the decision constitutionally. Pakistan reacted to the move severely saying that it labels Kashmir an occupied region and this could lead to a new war over the disputed region between the neighbors. The Kashmiris have been protesting defying a state of emergency imposed by PM Narendra Modi government.

Jammu Kashmir is in the northwestern Indian Peninsula. The three rivers of Punjab, Indus, and Jhelum originate from this region. This gives the region a special significance. Such a strategic position motivated India and Pakistan after the split and also international powers to rival for toehold there. In 1941, the year of the Peninsula split, it had a population of 402,000, 77 percent of them Muslims and the remained Hindus and other minorities.

Kashmir has a history of about 4,000 years. Islam spread across Kashmir peacefully through commercial and cultural relations. Up to 14 century, 21 Hindu and Buddhist dynasties ruled the region. From Sikhs to Muslims to Afghans to Sikhs ruled the region. Then came Britain, a colonial power that dominated much of the Indian Peninsula. The Britons appointed loyal rulers for Kashmir. After WWII, Lord Louis Mountbatten of Britain distributed 65 percent of Kashmir based on religion, local people’s demands, and the geographical situation between India and Pakistan. The rest of it was left to be determined by the Hindu and Muslim rulers to choose between India and Pakistan. Following the sudden pullout of Britain from India, Maharaja Hari Singh of Kashmir annexed the remaining 35 percent to India under the excuse of implementing the Treaty of Amritsar, an agreement signed in 1809 between the British East India Company and Ranjit Singh of Jammu and Kashmir. The Muslim majority found the annexation collusion between Britain and India. Their opposition to annexation to India has provided a basis for the tensions to date.

Farming is the main job of a majority of Kashmiris. They grow rice as well as fruits that are the main export items. Textile and fishing industries make up a small part of Kashmir’s economy. There are also small gas reserves found near the city of Jammu. Minerals like ironstone, coal, zinc, and copper are also natural resources of the region. Natural attractions make tourism a potential source of income should the security challenges are addressed. Unemployment is relatively high in the region.

Kashmir is currently a region distributed among India, Pakistan, and China. Gilgit and Baltistan, formerly Northern Areas, are under Pakistan’s control with about 1 million population, 99 percent of whom are Muslims. The states are divided into five districts. Azad Kashmir is administratively autonomous region, protected by Pakistan.

Indian-controlled Kashmir is made up of two Jammu and Kashmir states with 12 million population.

The third part is Aksai, meaning remote, is under China’s control. The region is uninhabited due to its severe weather conditions. However, it is significant because it links Tibet to Xinxiang and India. India argues that Aksai is also its territory as it was given to it under a deal arranged by colonial Britain. But China rejects the argument. So, any escalation in Kashmir will automatically drag China into the dispute.

After the annexation of the remaining 35 percent to India in 1947, 500,000 Muslims migrated to Pakistan in protest but were massacred by the Sikhs in their way. The Indian government also massacred 300,000 Muslims. This triggered a war that led to the seizure of 70 percent of Jammu by Pakistan’s army and the allied tribes. The UN stepped in, asking two countries to allow a referendum to determine if Kashmiris want to go under Pakistan or India’s rule. The referendum failed to be held as Islamabad and New Delhi did not reach a deal on demilitarization of Kashmir.

In 1965, Ayoub Khan, a Pakistani army general, launched an attack to fully seize the disputed region. But constant clashes once again drew a UN intervention and a resolution asking two sides to retreat to 1948 borders. In 1971, another war led to the separation of Bangladesh. Once again UN mediation resulted in Shimla agreement. Following nuclear tests by the neighbors, a new war broke out in extreme north of Kashmir. The war ended with 400 deaths from Pakistan and 500 deaths from India. In February, India launched an airstrike on a militia it claimed was helped by Pakistan to carry out a bombing attack that killed 44 India military personnel.

There are three political tendencies in Kashmir: Pro-Pakistani, pro-Indian, and pro-independence. A majority of the religious parties seek union with Pakistan.

The important parties are as follows:

1. Jammu-Kashmir Liberation Front. It was formed in 1994, a combatant force

From the Kashmiri parties’ viewpoint, Kashmir is part of the Indian Peninsula but had a separate rule. They argue that due to historical roots, India’s rule is impossible and on the other hand Pakistan’s rule can trigger Hindus’ sensitivity. So, the best was is an agreement on independence.

Kashmir tensions have their root in the British colonialism and sale of the territory to a pro-Indian ruler, named Gulab Singh, in 1846. Before the separation of Pakistan from India, self-determination was granted to the Kashmiri people. But Gulab Sing, claiming that Pakistani tribes seized Kashmir, called for British intervention.

As the US replaced Britain as an international power, Washington followed the very British path. It backed nuclearization of the Peninsula, complicating the dispute.

Regional players also play a role. The Saudi support to the Islamist movements in Kashmir adds violence and terror to the nature of the dispute. Riyadh promotes Wahhabi ideology for the good of its foreign interests. Pakistan is one of the destinations of this ideology. Kashmir dispute doubles the appetite for the fundamentalist Wahhabism.

Israeli regime also plays its role. In 2017, Israel Aerospace Industries company signed a $2 billion deal to supply the Indian army and navy with missile systems. The Independent newspaper in a report in mid-2018 said that Tel Aviv had a hand in the Pakistani-Indian tensions as it provoked New Delhi against Islamabad.

Kashmir autonomy in the Indian constitution

When a war sparked between India in 1948, Kashmir’s ruler, dubbed maharaja, asked India for help. India tied any help to submitting Kashmir’s defense, foreign policy, and communications to New Delhi.

An agreement was reached and was put in the Indian constitution’s article 370. According to the deal, Kashmir’s officials prohibit land sales to non-Kashmiris. The non-Kashmiris were also stripped of their executive responsibilities. Kashmir Founders Council had the right to revoke article 370 in return for the privileges given to India. But the council was dissolved before the article 370 could be scrapped. So, it became permanent.

Indian parties’ role in Kashmir cause

In India political parties are categorized to national, regional, and local. Key players are Indian National Congress (INC) which was founded in 1885 and got considerable credit after Mahatma Gandhi joined it. Bharatiya Janata Party (NJP), with a nationalistic propensity, was founded in 1980. The ruling BJP seeks to create challenges to exploit nationalist sentiments of its supporters. The party backed demolition of Babri Mosque in 1992 in a bid to win nationalistic support. Narendra Modi during the May election campaign vowed to revoke Kashmiri Muslims’ special rights if his party won again. Since 2014, India halted security dialogue with Pakistan. Since then the crackdown against Kashmiri Muslims ratcheted up. Bloomberg reported that Kashmir autonomy scrapping has led to a boost in Modi’s position at home.

Pakistani parties’ role in Kashmir cause

Pakistan’s military is a key actor in national politics. It was essentially founded with two key missions: Reuniting Kashmir with Pakistan and implementing the Sharia law. The military has its grip on the economy. The constitution gives the military special economic privileges. So, its identity is very much tied to Kashmir cause. Any walking back will undermine it.

Imran Khan of Tahreek-e-Insaf won 2018 elections with a promise to fight corruption and economic crisis. But he has a difficult job handling Kashmir case. If he lacks the support of the military and two major parties, his government will certainly collapse. He has to handle Afghanistan case with the US successfully so that he can garner a credit he can use for a strong position in Kashmir dispute. In a television address, Imran khan called UNSC discussion of the Kashmir case a victory for Pakistan. He had talked to Donald Trump before the case was sent to the UNSC.

The two sides have a fear of an escalation. So, they have to resort to talks. The most probable scenario is a referendum or independence.

In case of independence three options are likely:

2. Jammu and Kashmir will be administered by an independent international body. This scenario requires a long process of talks and a UNSC consensus.

3. Administration by an Indo-Pakistani confederation. This scenario is less likely with regard to the bilateral distrust.

4. The fourth scenario is the division of Kashmir between India and Pakistan. If this happens, very likely two states, due to their Muslim population majority, will join Pakistan and one will join India. But this requires demographic changes that itself can spin into new social challenges. The difficulties of the scenarios considered, the best choice is a referendum. 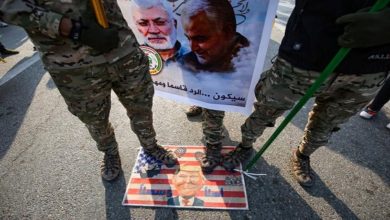 How Can Iraq Fill US Vacuum After American Exit? 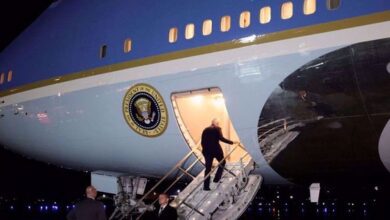