CTD spokesman said late Friday night that CTD raided a hideout on a tip off.

There, Shukrullah son of Abdul Nabi was hiding. He was Daesh Bolan emir and mastermind of many terror attacks.

Due to CTD cops raid, he tried to flee opening fire but lost life in retaliatory fire.

Meanwhile, CTD said that the slain terrorist was mastermind of suicide bombing at Fatehpur shrine. 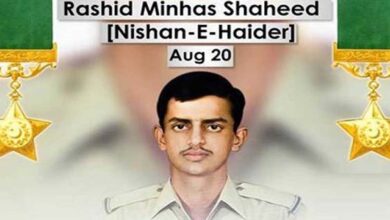