Leader of the Islamic Revolution Ayatollah Seyyed Ali Khamenei has said that the Israeli occupation as the number one issue on the agenda of the Islamic world.
He said this during a speech at Imam Khomeini’s Mosalla Grand Prayer Grounds in Tehran on Wednesday after leading Eid al-Fitr’s prayer. The Islamic festivities known as Eid al-Fitr mark the end of the holy fasting month of Ramadan.

Ayatollah Khamenei thanked those who have voiced opposition to the so-called deal of the century and relevant event in Bahrain.

He said US-devised deal on the Palestine issue is doomed to fail and will never materialize.
He rejected US President Donald Trump’s yet-to-be-unveiled deal as a betrayal of the Muslim world.

The leader further denounced the Bahraini regime for agreeing to host a conference, where Washington to unveil parts of the plan.

All Palestinian groups — along with the United Nations and several other countries — have boycotted Bahrain event.

He declared Bahrain workshop aims to materialize America’s wrongful, treacherous and evil scheme for Palestinians. However, this will not happen, and this plot will never get off the ground, by divine grace

He said treachery of some Muslim states such as Saudi Arabia and Bahrain set the stage for such an evil plot.

Ayatollah Khamenei wished Bahraini and Saudi rulers would [eventually] realize what a quagmire they are stepping in and what damages this will do to their future.

Elsewhere, Ayatollah Khamenei congratulated the Iranian nation on the occasion of Eid al-Fitr. He thanked people for their mass participation in International Quds Day rallies on the last Friday of Ramadan.

‘Palestine will return to Palestinians’

Later, the Leader received a gathering of Iranian authorities, ambassadors of Muslim countries, and people of various social spectra.

There, he condemned certain Muslim states’ efforts to advance the goals of the United States and Israel.

He noted Iran has, from the very beginning, laid emphasis on defending the Palestinian people and stood up to global arrogance.
Ayatollah Khamenei emphasized Iran’s resolve to keep up this steadfastness.

He cited that some former Arab rulers believed in throwing the Jews into the sea but Iran believes that all residents of Palestine, including the Jews, should have a say in deciding the fate of this land.

The Leader further reaffirmed the Islamic Republic’s proposal for a referendum within the framework of Palestine’s government system. He said residents of this land, including Muslims, Jews, Christians and Palestinian refugees should vote in that referendum.

The leader urged that Palestinian people’s struggle should continue until that day. He said youths would [live to] witness the day when [the land of] Palestine would return to the people of Palestine.
Eid’s message

Ayatollah Khamenei called for unity and solidarity among Muslim countries as well as a return to the notion of “the Muslim Ummah.

In Eid message he cautioned the world’s Muslim nations against the enemies’ plots. He said enemies sow discord among them and push their countries into chaos and conflict.

As examples of such hostile attempts, Ayatollah Khamenei referred to the situation in Libya and Yemen.
He asked why two groups spill each other’s blood in a Muslim state such as Libya.

And why a country claiming to be Islamic act in line with the enemies’ demands. And why that rain bombs on Yemeni people and their infrastructure. 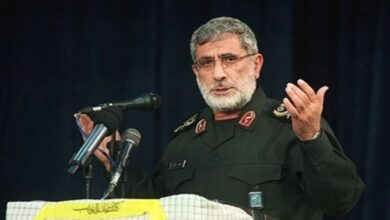 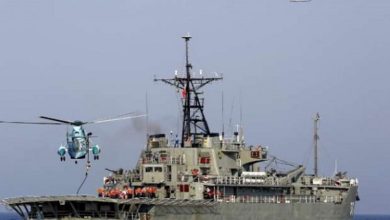 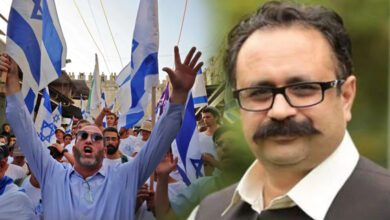 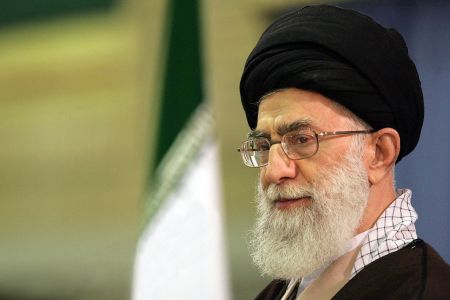