The teacher of madrasa can be seen in the obscene video, the vilest and most vulgar actions can be clearly seen.
The disgraceful face of Maulana Fazlur Rehman’s devotees who called Imran Khan’s meeting a ‘Mujjra’ (a dance party) and used insulting language against Pakistani mothers and sisters came to the fore.

A video is going viral on social media in which it can be seen that the administrator of a madrassa managed by Jamiat Ulema-e-Islam (F), a Maulvi having a beard on his face, is engaged in sex with a girl in a very vulgar manner.

There are such scenes in this video that are very difficult for any noble person to watch, it should be noted that Maulana Fazlur Rehman, does not tire of teaching morals to Imran Khan and the leadership of Tehreek-e-Insaf but in his own seminary, what kind of vile and nefarious activities are going on, it’s a big question on his teachings.

Maulana Fazlur Rehman, who used his vile and low language against the honorable and chaste women of Pakistan, should die in shame.

This is not the first incident in which such an immoral act has come to light in a JUI (F) Madrasa or Masjid. Even before this, Maulana Fazlur Rehman’s close associates were caught red handed immoral and sexual abuse of children and girls.

Pakistan ready to respond to any ‘short’ or ‘long’ war: Khawaja Asif 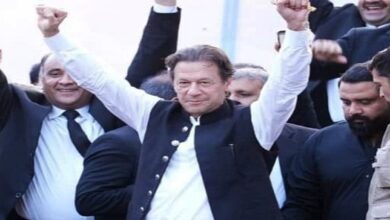 This movement will only stop after announcement of poll dates: Imran