Sindh Provincial President Allama Baqir Abbas Zaidi said that despite the passage of time due to our flawed justice system, the murderers of Shaheed Didar Ali Jalbani could not be brought to justice. His family is still waiting for justice from the state.

Divisional President Karachi Allama Sadiq Jafari said that Shaheed Allama Didar Ali Jalbani was a public figure, he always spoke the truth and did not suffer from expediency.

Provincial Political Secretary Syed Ali Hussain Naqvi, a long-time companion of Shaheed, said that the short organizational time spent with Shaheed Jalbani was a valuable investment. Shaheed had a fearless and fearless personality. 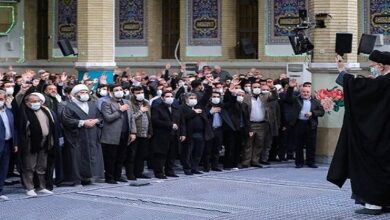 Enemies failed because of their wrong calculations about Iran: Ayatollah Khamenei