Shiite News: The Counter-Terrorism Department (CTD) Punjab arrested the local ‘Ameer’ of the outlawed Daesh Khorasan from the federal capital Islamabad during a major operation.

According to CTD spokesman, two terrorists including Khalid Muhammad Nabi have been arrested in the operation.

According to CTD, the militant Khalid Muhammad Nabi had created a Pakistani identity card under a fake name.
According to the officials, the action against the terrorists was based on the secret information received.

A huge amount of explosive material has also been recovered from the possession of the terrorists. According to reports, the terrorists had brought these explosives to Rawalpindi to be used in sabotage activities. 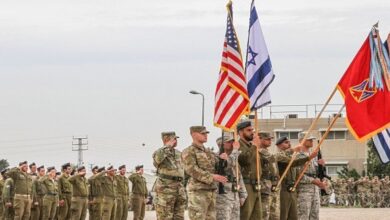 US Withdraws 120 Military Personnel from Israel

Iran condemns terrorist attack in Pakistan near its border