Al Saud in recent years has launched a project for razing down Shia mosques under vain pretexts in a bid to eliminate the cultural and religious heritage of the minority group in the Arab kingdom leaving behind one of the ugliest faces of sectarianism in interaction with the Shia community.

In line with its anti-Shia policies and besides targeting the clerics from the minority group, Saudi Arabia has also aimed the religious sites in Qatif and al-Ahsa. In its latest measure on November 10, 2022 Saudi government razed down al-Harif historical mosque located between al-Awamiyah and al-Qadih.

According to Al Jazeera report, Saudi authorities said the reason behind the move was to expand al-Awamiyah-Qatif road also known as al-Tahdi street. The mosque had been built en route to a spring called Ain al-Wasaya to serve those arriving in Qatif.

The mosque was located in al-Harif and an old neighborhood which was evacuated from settlers after the mountain was flattened. A part of the settlers in the city left for Qatif while a number of others opted for al-Bihari village and the remaining headed for al-Qadih with the mosque left witness to a disappeared civilization.

Al-Harif mountain was exploded with dynamite and Saudi authorities claimed that the rocks were used to construct Qatif road to Tarout Island. Al Harif mountain is distinguished from other mountains with a spring in its northwestern part also known as al-Harif Spring. Experts believe that the spring was popularly known as Ain al-Zarah.

Saudi authorities demolished al-Ahd Mosque located between Um-al Hamamah and western al-Malaha in Qatif province. This counts for a clear ignorance for holiness of the mosques by al-Saud. Saudi forces flattened the minarets, dome and rooms in the mosque and left the debris to make one of the ugliest faces of sectarianism in interaction with the minority Shias in Qatif and al-Ihsa.

Demolition of al-Harif and al-Ahd mosques was carried out as part of the systematic and arbitrary sectarianism against the two holy sites. Saudi authorities are intentionally razing down the cultural and religious heritage in the region under the pretext of expansion and prosperity. This is while what is seen is merely demolition of mosques and worshiping sites rather than any construction.

The demolition operations have targeted the legacy, culture and spirit of peaceful intifada as pioneered by Sheikh Nimr Baqer al-Nimr.

In December 2022, Saudi authorities razed down Imam Hussein (AS) Jame Mosque in al-Zara district in al-Awamiyah as it was a legacy of Sheikh Nimr Baqer al-Nimr and a symbol of righteousness. Imam Hussein (AS) Mosque was a center of notifying and spread of thoughts among the people.

The mosque was not only the basis for acknowledgement of people towards their rights and duties but also turned into a symbol of uprising at the beginning of the second intifada in 2011. Consequently, al-Saud did not bear its being and demolished the mosque without respect for holiness of worshiping places.

Saudi authorities, in clear violation of the laws and ignoring the holiness of mosques and endowment properties, left the land for auction under the supervision of the general court.

This is while Saudi authorities denied the claims regarding demolition of the mosque for construction projects in the region.

Al Saud, in demolition of Qatif mosques, intends to eliminate all symbols of notifying the people and uprising against oppression, injustice and corruption. 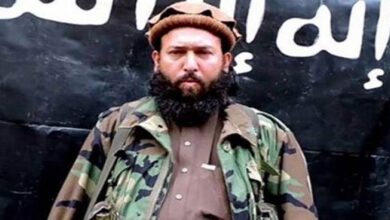 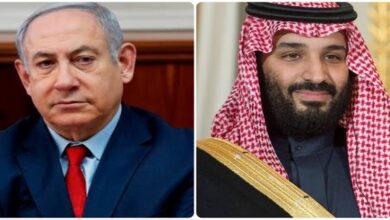