Shiite News: Allama Syed Sajid Ali Naqvi, head of the Shia Ulema Council of Pakistan, has said in his message on the martyrdom day of Imam Hasan Askari (AS) on 8 Rabi-ul-Awwal that the eleventh Imam witnessed the martyrdom of his father Hazrat Imam Ali Naqi (AS) in very difficult and unfavorable circumstances.

After assuming the position of Imamate, he provided guidance to the common man, common Muslims and rulers of his time through the knowledge, status, dignity, spirituality and practice passed down from his ancestors including the Prophet Muhammad (PBUH) and Commander of the Faithful Hazrat Ali (AS).

The effects of which were clearly established in his society and environment during his time and a large number of people were attracted towards the right path and truth.

He said that Imam Hasan Askari (A.S.) in his lifetime struggled and tried immensely for the promotion of the universal teachings of Islam and in this way endured the hardships of oppression and imprisonment by the rulers of that time, and brought the truth to the people.

Allama Sajid Naqvi further said that it is the natural requirement of human beings that whenever they are surrounded by difficulties, there is an end to cruelty and violence against them, injustice, violence and evils are prevalent in human societies, so they are waiting for the Messiah who will bring them out of difficulties, cleanse the society from all evils by ending oppression, establish a peaceful, righteous and virtuous society.
It has already happened and every human being is waiting for a messiah, this thought and waiting is actually the clear proof of the theory of Mahdi (a.s), so one aspect of the greatness of Hazrat Imam Hasan Askari (a.s.) is that the whole universe is waiting for the messiah. He is the righteous son of Imam Mahdi (AS).

Allama Sajid Naqvi emphasized that the world in general and the Islam in particular are facing crises and challenges and human societies have fallen victim to the need for guidance and guidance.
Which can be obtained by studying and following the life of Hazrat Imam Hasan Askari (AS), so we should follow his life and character to save humanity from problems and use in creating a society adorned with justice and fairness. 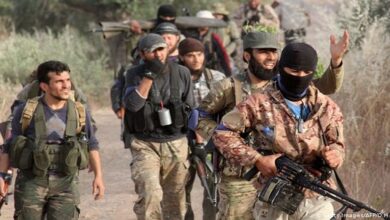