Shiitea News: Extremists attacked the Shiite pilgrims, who came to the shrine of Imamzada Hazrat Abdullah Shah Ghazi on the sea coast of Karachi, the largest city of Pakistan.

According to the details, on the occasion of the martyrdom day of Imam Hasan Mujtaba (AS) on 28 Safar, a large number of Shia pilgrims arrived at the shrine of Imamzada Hazrat Abdullah Shah Ghazi.

Where the extremists were gathered as a pre-plan, attacked the pilgrims and shouted derogatory slogans and desecrated the shrine, the video of which has also gone viral on social media.

The police also remained a silent spectator on the occasion of provocation by the extremists.

Later, in a statement released on social media, a Shia pilgrim present at the spot said that a certain group has regularly occupied the shrine of Imamzada Hazrat Abdullah Shah Ghazi and the Ministry of Auqaf is also supporting this group.

“We had only come to Imamzada Hazrat Abdullah Shah Ghazi to present him, our condolences, but the extremists present here abused the women as well and violated the sanctity of the shrine with provocation” the pilgrim maintained.

He further said that for the past some time the workers of Tehreek Labbaik and Sunni Tehreek have been campaigning against Shia pilgrims at the shrine of Imamzada Hazrat Abdullah Shah Ghazi, we demand the concerned departments to take strict action against culprits involved in sectarian violence. 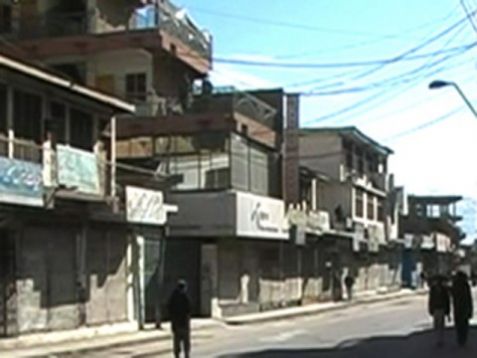 Parts of Gilgit-Baltistan shut down to protest Shia killings 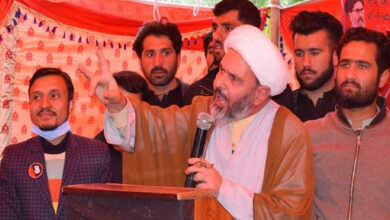 Unwarranted postponement of by-election in Nagar constituency-4 is so sad, Sheikh Mirza Ali