Shiite News: Governor Punjab Balighur Rehman’s extremely biased move, Deputy Commissioner Sialkot, who ordered legal action against the Takfiri terrorists of the outlawed Sipah-e-Sahaba who attacked the mourners participating in the Arbaeen Walk on Chehlum-e-Imam Hussain (AS) was transferred.

According to sources, Moavia Azam Tariq, member of the Punjab Assembly of banned Sipah-e-Sahaba, an ally of Muslim League-N, has played an important role behind the move.

According to the details, Governor Punjab and Balighur Rehman, a servant of the Sharif family has transferred Deputy Commissioner of Sialkot District Muhammad Maisam Abbas for the sake of the banned anti-national terrorist organization Sipah-e-Sahaba.

According to the sources, last week in Sialkot, the armed terrorists of the outlawed Sipah Sahaba blocked the way of the participants of the Chehlam Imam Hussain (AS) procession on Shahabpora Road and pelted them with stones and lathi charge.

The CCTV footage of the attack also went viral on social media, in which the armed attackers could be easily identified. A case was registered and an order for immediate action was issued, later all the terrorists were arrested.

Sources say that the current governor of Punjab is Balighur Rehman, a loyalist of the Muslim League-N and the Sharif family, who was appointed by the top leadership of the Muslim League-N on the strong demand of the member of the Punjab Assembly, Moavia Azam Tariq, the son of the Azam Tariq accursed. The said deputy commissioner has been forced to transfer.

Heirs of martyrs of Shikarpur tragedy running from pillar to post for justice: Allama Nazir 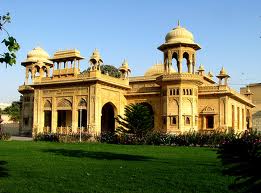