In continuation of bilateral meetings on second of visit to Uzbekistan, President Ebrahim Raeisi held a meeting with Shehbaz Sharif, the prime minister of Pakistan.

In the meeting, Ayatollah Raeisi once again expressed his condolences over the losses of lives of Pakistani citizens in the recent floods in Pakistan and asked for patience and health for the survivors and victims’ failies.

Iranian president underlined the importance of the relations between Tehran and Islamabad, and said “Iran does not put any boundaries for the expansion of relations with Pakistan.”

In the meeting, the Prime Minister of Pakistan for his part stated that the recent flood disaster in his country was caused by climate change, and asked for the help and cooperation of the Islamic Republic of Iran to deal with the main factors behind climate change.

The two sides welcomed the cooperation in the field of energy and stressed the necessary follow-ups to remove the obstacles in that field.

The two politicians agreed to form a committee consisting of relevant officials of the two countries to follow up and implement those plans.

An accused of raising fund for Daesh gets bail in Peshawar 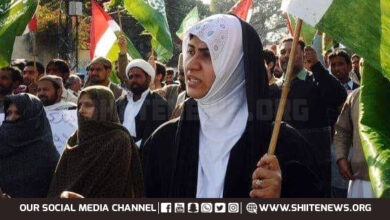