On Saturday morning, the Leader of the Islamic Revolution Ayatollah Seyyed Ali Khamenei received the members of the 7th Summit of Ahl-ul-Bayt World Assembly.

Addressing the participants of the Ahl-ul-Bayt World Assembly Summit, the Leader of the Islamic Revolution said that confronting the arrogant system is one of the honors of the Islamic Republic of Iran, as well as the Shia Muslims.

The 7th Summit of Ahl-ul-Bayt World Assembly is being held in Tehran and Mashhad until September 4, 2022, with the presence of guests from more than 110 countries.

Describing the Ahl-ul-Bayt World Assembly as an important and great center, the Leader, in this meeting, noted that this center is affiliated with the Ahl-ul-Bayt (family of prophet Muhammad (PBUH)), and this family has unparalleled greatness and popularity in the Islamic world.

According to Leader’s remarks, the members of this assembly have a great duty to represent a good image from Ahl-ul-Bayt to the Muslims.

Ayatollah Khamenei also stressed that Ahl-ul-Bayt World must become a base for spreading the teachings of Ahl-ul-Bayt in order to represent such a good image.

The followers of Ahl-ul-Bayt are proud that they have taken the most important step in confronting the system of arrogance and domination, Ayatollah Khamenei underscored.

Shia Muslims are proud of standing against the arrogant powers who interfere in the affairs of countries, governments, and nations in a cruel and tyrannical manner, the Leader of the Islamic Revolution said.

Therefore, the opposition and confrontation of the arrogant countries with the Islamic Republic is a natural issue, the Leader explained.

China, Russia defend trade ties with Iran after US sanctions 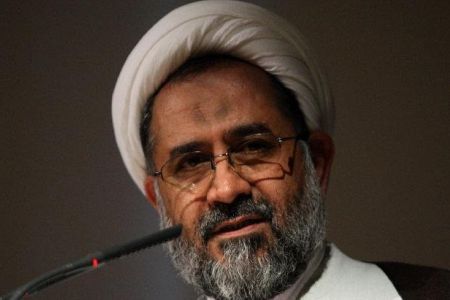