A terrorist was killed by security forces during an intelligence-based operation (IBO) in the Mir Ali area of North Waziristan tribal district, the military’s media affairs wing said on Monday.

According to the Inter-Services Public Relations (ISPR), the forces conducted an IBO in the area, prompting an intense exchange of fire between the troops and terrorists.

“Resultantly, one terrorist got killed, while weapons and ammunition were also recovered from his possession,” the ISPR added.

The statement said the terrorist remained actively involved in terror activities against security forces and killing of innocent citizens.

“He was also involved in the targeted killing of Qari Sami, a local leader of Jamiat Ulema-i-Islam-Fazl, in North Waziristan.”

According to the military, locals of the area “appreciated the operation and expressed their full support to eliminate the menace of terrorism from the area”.

On Sunday, a Pakistan Army soldier embraced martyrdom in Lower Dir as militants stepped up attacks against security forces in Khyber Pakhtunkhwa.

Separately, two army soldiers also lost their lives in Harnai, Balochistan the same day during a gun battle with terrorists.

The ISPR had said the terrorists’ fire raided a security forces post in Harnai’s Khost area on late Saturday night which was successfully repulsed by soldiers, and during the exchange of fire, two soldiers were martyred. 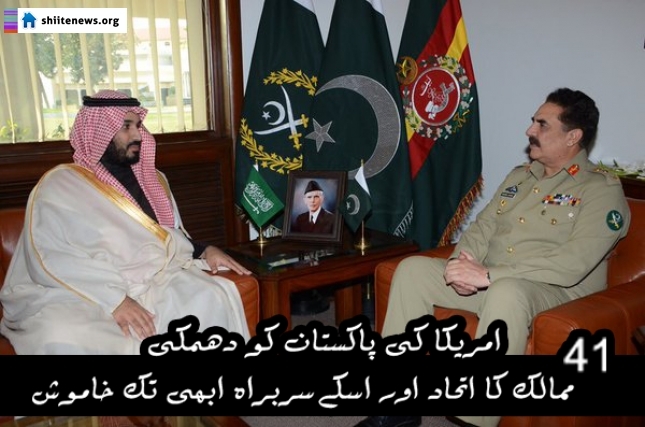 Saudi-led military alliance and its head are silent on U.S. threats to Pakistan