In a message on Monday, Ayatollah Seyyed Ali Khamenei expressed his solemn commiserations over the passing of this Iranian Shiite cleric, to his honorable family, seminaries, and his pupils.

The loss of Ayatollah Fatemiania, whose extensive knowledge, tone, and expression were attractive to young people, is a source of regret and sorrow, Leader said.

The Leader also prayed to God to bestow divine forgiveness and blessings on him, he also added.

Ayatollah Fateminia, Iranian Shiite cleric, professor of Islamic ethics, orator, Islamic historian, and bibliographer passed away at the age of 76 on Monday morning after a long struggle with illness.

Ayatollah Fateminia was born in 1946 in Tabriz, Iran. As a child, he learned religious and scientific lessons from his father, Ayatollah Seyyed Ismail Asfiaei Shendabadi. Then, for about 30 years, he studied under Allameh Mostafavi, one of Ali Qazi Tabatabai’s students, and was educated by him. At the same time, he pursued his Islamic seminary education. He researched Arabic poetry, hadith, ethics and mysticism. 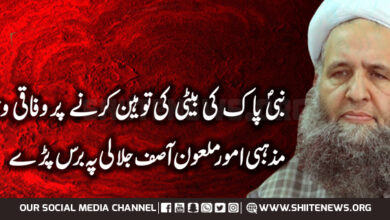 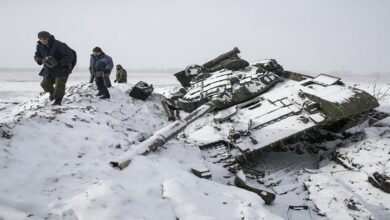 Russia says has destroyed some 1,000 Ukrainian tanks, other armored vehicles