Leader of the Islamic Revolution Ayatollah Seyyed Ali Khamenei says talks aimed at reviving the 2015 deal with world powers “are going well,” stressing that Iran has resisted and will continue to resist against excessive demands.

Ayatollah Khamenei made the remarks in a meeting with heads of the three branches of government and a number of Iranian officials on Tuesday.

Ayatollah Khamenei urged the Iranian officials not to be held back by the negotiations at all and to base their plans on the country’s realities instead in order to tackle the problems.

The results of the negotiations, either positive or negative, should never hinder the country’s affairs, the Leader said.

The Leader said the talks “are going well” while the Iranian negotiating team will continue to inform the president, the Supreme National Security Council and other officials on the process, make relevant decisions, and move forward.

“So far, our negotiating team has been resisting the other side’s excessive demands, and this [trend] will continue, God willing,” Ayatollah Khamenei said.

The Leader said it was the opposite side of the talks in Vienna that failed to remain committed to its obligations.

“The other side broke its promise and left the JCPOA. It now feels desperate and [has found itself] in a stalemate,” the Leader said, adding that the Islamic Republic has managed to overcome many difficulties through reliance on the people and will pass through this stage as well.

Ayatollah Khamenei stated that there is nothing wrong with criticizing the officials’ performance, but such criticism should be based on an optimistic view and free from suspicion.

“Criticism should be optimistic and should not disappoint people,” the Leader said.

Ayatollah Khamenei to Riyadh: You won’t win in Yemen, find a way out

Elsewhere, Ayatollah Khamenei praised the Yemeni people’s bravery in facing the Saudi-led aggression against their country.

The Leader advised Saudi Arabia not to keep up the war that the kingdom knows would not bring any victory for it.

“Why do you go ahead with the war that you already know there is no possibility [for you] to win? Find a solution and get yourselves out of this arena,” he told the Saudis.

If the truce deal is truly implemented, it can live on and the Yemeni people will be victorious thanks to their own bravery and the initiatives they and their leaders have come up with, the Leader added.

“God will also help these oppressed people,” he said.

The Leader also touched on the developments unfolding in the 1948 Palestinian territories, praising the Palestinian youths’ awakening, dynamism and hard work in their confrontation with Israeli occupation.

The recent activities, he added, “showed that Palestine is alive despite the attempts of the United States and its stooges [to bring about the opposite] and it will never be driven into oblivion.”

“With a continuation of the ongoing activities, the Palestinian people will achieve a final victory with God’s blessing,” Ayatollah Khamenei said. 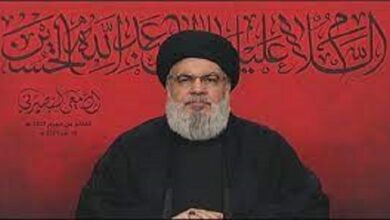 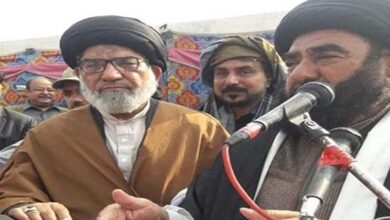 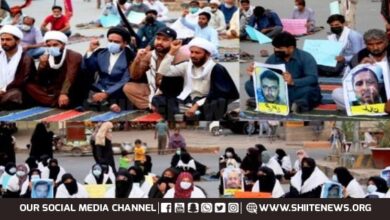 Enforced disappearance a proof of no trust of captors in judiciary