The demonstrators converged at the Nigerian Human Rights Commission and chanted slogans condemning the government for refusing to release the passport of Sheikh Ibrahim Zakzaky and his wife Zeenat.

The demonstrators condemned what they described as a new threat by the Nigerian government against Sheikh Zakzaky.

Sheikh Zakzaky and his wife are suffering from serious health challenges brought about by gunshots during the December 2015 attack by Nigerian security forces at his home in Zaria.

The demonstrators said Sheikh Zakzaky has gone through a lot of oppression in the hands of security forces and the Nigerian authorities, adding that they may have to get back to the streets to resume demonstrations in order for the Muslim cleric to get his passport and be able to travel abroad for treatment.

The protesters said Sheikh Zakzaky waited for over five years before he was exonerated by the courts in Nigeria.

They said it is important to come out now and protest because of the critical health situation of Sheikh Zakzaky and his wife. 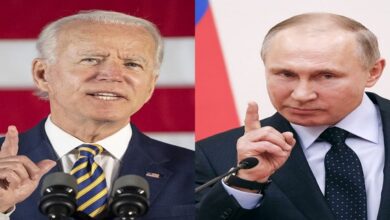 US President may replace Defense Secretary Mattis for differences