On Friday, the group released the images which were apparently taken from CCTV cameras belonging to Rafael Advanced Defense Systems.

“This is just the beginning… In the future, we will acquaint you with the office and residence of the officials,” Moses Staff said in a message posted on its website.

Earlier in the day, the group said it has hacked into the closed-circuit television cameras on the streets of the occupied Palestinian territories.

It posted a message regarding the cyberattack on its website, titled “We see with your eyes.”

“We’ve been surveillance you for many years, at every moment and on each step. This is just one part of our surveillance over your activities through access to CCTV cameras in the occupied territories. We had said that, we will strike you while you never would have imagined,” the message read.

In November 2021, Moses Staff announced that it had targeted a number of Israeli firms and acquired a vast trove of critical facilities’ maps, which include information on the location and characteristics of vital systems across the occupied territories.

Moses Staff further stated that the information it had was of immense significance, amid international sanctions that prevent accurate access to aerial images of critical areas inside the Israeli-occupied Palestinian lands.

According to Moses Staff’s website, the group has so far hacked over 172 servers and 257 websites and compiled over 34 terabytes of data.

It says that it will not forget “the soldiers whose blood is shed due to wrong policies and fruitless wars, the mothers mourning for their children, and all the cruelty and injustice done to the people of this nation,” vowing to “keep fighting! To uncover your hidden crimes.” 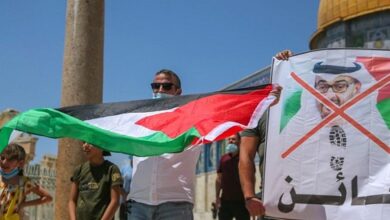