A court in Saudi Arabia has sentenced Shia cleric Sheikh Abdul Latif al-Nasser to eight years in prison, as the Riyadh regime presses ahead with its heavy-handed crackdown on members of the religious community.

The London-based and Arabic-language Nabaa television news network reported that a terrorism court on Wednesday passed the ruling on the clergyman – a resident of Dammam city in the kingdom’s oil-rich and Shia-populated Eastern Province.

Sheikh Nasser was arbitrarily arrested on the King Fahd Causeway, which connects Saudi Arabia and Bahrain, in June 2019 as he was traveling with his family.

Nabaa TV identified him as the son of Shia cleric Sheikh Muhammad al-Omari, who is among distinguished religious figures in the holy city of Medina.

On November 1 last year, Saudi authorities executed a citizen from the Qatif region of Eastern Province over alleged involvement in terrorist activities and weapons possession.

The state-run Saudi Press Agency (SPA), citing the Ministry of Interior, reported at the time that the death sentence was carried out against Makki bin Kazem Al Obaid in the city of Dammam.

The Saudi man who was executed “took part in two shooting operations against security forces with intent to kill” and “in dealing and possessing weapons,” the ministry alleged in a statement.

He was “linked to people wanted for terrorism-related activities,” the statement further claimed.

Saudi Arabia has stepped up politically-motivated arrests, prosecution and conviction of peaceful dissident writers and human rights campaigners, in particular in Eastern Province. 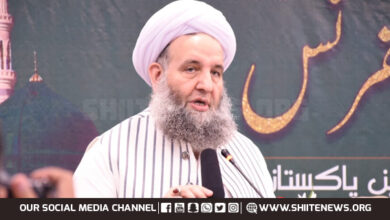 More then 1000 Saudi forces killed in war on Yemen: Reports