A top military commander said the Taliban will not allow fencing on the Durand Line.

“We will not allow the fencing anytime, in any form. Whatever they did before, they did, but we will not allow it anymore. There will be no fencing anymore,” Mawllawi Sanaullah Sangin, commander of the border forces for the eastern zone, told TOLOnews on Wednesday.

The commander made the comments in reaction to the Pakistan foreign minister’s remarks who said that the issue of the Durand Line fencing would be discussed via diplomatic channels.

The Islamic Emirate is building over 30 outposts to prevent the movement of the Pakistani military alongside the Durand Line.

“We have fenced the border (with Afghanistan), and it will continue,” FM Shah Mahmood Qureshi said in response to a question.

Commander Sanaullah Sangin said that the Pakistan military has been launching attacks on Kunar province for a long time and the Afghan side would take similar actions from now on.

“You have seen some days ago that they (Pakistani military) fired some mortars. In response, we fired 32 mortar rounds,” he said. 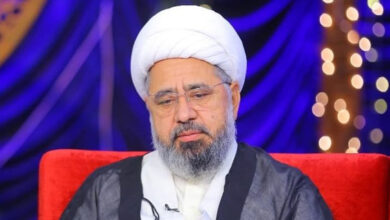 The Statement of the Russian President is a positive step towards Inter-Faith Harmony, Amin Shaheedi