Shiite News: An important meeting of the Shia Ulema Council (SUC) Pakistan held in Islamabad, which was chaired by Allama Syed Sajjid Ali Naqvi. On this occasion, the Head of SUC Pakistan announced the names of new members for the Central Cabinet. According to sources, Allama Sheikh Shabir Hasan Mesami is nominated Central General-Secretary, Allama Nazir Abbas Taqvi Additional General-Secretary, and Hasnain Mehdi as Central Vice President of SUC. 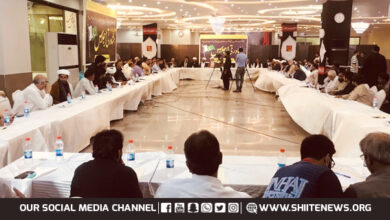