The commander of the Islamic Revolution Guards Corps (IRGC)’s Quds Force has stressed the need to maintain stability and unity in Iraq during a surprise visit to the Arab country, following a failed attempt to assassinate Iraqi Prime Minister Mustafa al-Kadhimi.

According to a report by Lebanon’s al-Mayadeen news network, which was published on Monday, the surprise visit took place on Sunday, during which Brigadier General Esmaeil Qa’ani met with the Iraqi prime minister, President Barham Salih, a number of Iraqi ministers and other high-ranking political officials and dignitaries.

In his meetings, the IRGC commander said Iraq needs to boost stability and maintain national unity.

Qa’ani stressed the importance of avoiding any action that would threaten Iraq’s security.

The Quds Force commander also stressed the need for addressing the demands of Iraqi people and those protesting the results of the country’s recent parliamentary vote.

He further called for the restoration of calm to Iraq after tensions in the country’s political arena due to the refusal of some political blocs to recognize the results of the October parliamentary elections and the ensuing protests that resulted in casualties.

A drone laden with explosives allegedly targeted al-Kadhimi’s residence in Baghdad’s heavily-fortified Green Zone early Sunday, following which the Iraqi prime minister said he was unhurt while appealing for “calm and restraint.”

A statement released by the Security Media Cell, affiliated with the Iraqi prime minister’s office, said al-Kadhimi was subjected to an unsuccessful assassination attempt with a booby-trapped drone early Sunday.

The Iraqi prime minister said later on Sunday that his government is well aware of the identities of the perpetrators of the attack on his residence.

“There are some, who are seeking to damage Iraq’s security,” Kadhimi said during an extraordinary cabinet meeting.

The attack came two days after clashes at the entrance of the Green Zone during protests against the results of the country’s October 10 general elections.

The clashes reportedly led to the death of several people and injured scores of others.

Various media outlets have, meanwhile, reported that the government has ordered the military to intensify the security situation in the capital following the recent incidents.

Video footage from the city showed dozens of tanks and armored vehicles roaming the streets of the city amid receding police presence.

‘Any US infringement of Iran territorial waters will draw tough response’ 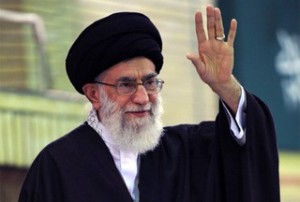 In Iran, Leader says law must be implemented