Tehreek Labbaik held sit in for release of blasphemer Ashraf Jalali and the TLP got him out of jail.

Ironically, the extremist fanatics misused the issue of blasphemy to pressure government to give relief to blasphemer Ashraf Asif Jalali.

The party cleverly hoodwinked people on the issue of French magazine Charlie Hebdo that reprinted blasphemous caricatures, while French President supported it.

Many had held rallies across the country. Imamia Students Organisation had held sit-in outside French consulate in Karachi.

But, Tehreek Labbaik held a sit-in, saying that they are protesting to demand government of Pakistan to break-off relations with France.

However, Brailvi cleric Khadim Rizvi-led party reached a covert deal with the power that be.

Due to that deal, Tehreek Labbaik announced end to sit-in without getting key demand met. So far, government has not broken off relations with France.

However, Tehreek Labbaik leader Ashraf Jalali who himself perpetrated blasphemy got out of jail shortly.
Apparently, the court of law granted him bail but since his arrest, court had repeatedly rejected his bail plea.

Tehreek Labbaik is also distorting bright image of Pakistan where people by and large live together amid peace and cohesion.

US, its European allies seek to name Pakistan in watch list of terror-financing 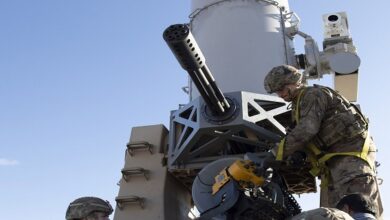 Corps commanders vow to block all ‘hostile acts’ against Pakistan