Majlis-e-Wahdat-e-Muslimeen (MWM) Pakistan secretary general said that people of GB region have given verdict in favour of the MWM’s ally PTI which shows their trust in us.

He thanked people of Gilgit Baltistan (GB) for posing trust in MWM-PTI alliance.

He vowed that MWM would not go an inch back from its principled position on Gilgit-Baltistan’s legitimate rights.

He said that people of GB rejected those hypocritical demagogues whom people saw unveiled when they opposed provincial status for GB region.

The MWM leader said apparently, they had made tall claims regarding GB rights in the past; but finally, they appeared as proponents of Narendra Modi’s narrative regarding GB region.

Allama Raja Nasir further said MWM respect aspiration of people of GB region in high esteem and would never disappoint them on the rights struggle. 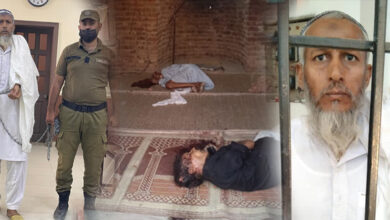