Allama Raja Nasir says followers of Imam Hussain are leading majority in Pakistan where Yazidi (followers of Umayyad tyranny) are seeking to paralyze the country.

While addressing a press conference in Islamabad, he said that Sunni and Shia Muslims adore Imam Hussain and they reject his enemies.

Hence, he said Arbaeen anniversary would show to the world Sunni-Shia unity and united Hussainis.

He said enemies of Islam and Muslims were fanning sectarianism and preaching ideology of bigotry in Muslim counties to divide them.

Furthermore, he said that Pakistan has also fallen victim to this conspiracy.

MWM Pakistan leader said that Hussainiyat is a yardstick that separates righteous from wrongs (illegitimacy).

Furthermore, he said even Hindus, Christians and followers of other religions also pay homage to Imam Hussain in Karbala on Ashura and Arbaeen (Chehlum).

He said that followers of Hazrat Mohammad, God’s last Prophet an Apostle, should to the world about their feelings against the cursed Umayyad tyrant Yazid.

He said that Arbaeen mourning brings to our memories the challenge which Bibi Syyeda Zainab al-Kubra had given to Umayyad tyrant Yazid in 61 A.H. 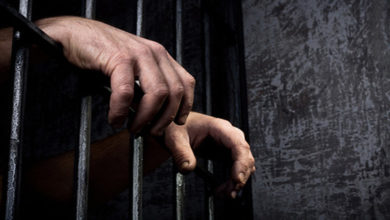 Six terrorists of Lashkar-e-Jhangvi and JeM arrested in Punjab