Both of them were part of a delegation of Ulema and Mashaikh who called on Prime Minister Imran Khan.

According to the official sources, Ulema and Mashaikh have strongly supported the lockdown strategy of Prime Minister Imran Khan.

The delegation assured him of full coordination to implement the decision of precautionary measures.

Meanwhile, the religious scholars hailed that the stance of the prime minister about lockdown a realistic approach and according ground realities.

Falsehood of propaganda against Zaireen and Iran proved now 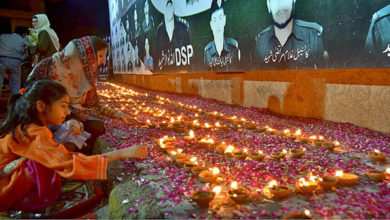