Russian President Vladimir Putin says Daesh has been completely defeated in Syria, but the Takfiri terrorist group still maintains its “destructive potential” to target different regions across the globe.

Putin made the remarks in a statement addressed to the participants in the Moscow Conference on International Security (MCIS), which was read out by Russian Security Council Secretary Nikolai Patrushev on Wednesday.

“Despite its military defeat, this terrorist group (Daesh) retains its significant destructive potential, it can change its tactics and launch attacks in different countries and regions in the world,” Putin said.

Other extremist outfits also “pose a great danger” to the world, he added.

The Russian president further underlined the need for international cooperation to combat terrorism and block its development.

“It is necessary to think together about new forms of multilateral cooperation that would allow us to consolidate the gains made in the fight against terrorism and to prevent the further spread of this threat,” he said.

Daesh started a campaign of terror in Iraq and Syria in 2014, occupying territory in the two Arab countries and establishing a self-proclaimed “caliphate” there.

Soon, the Iraqi and Syrian armies galvanized to retake Daesh-held territory and the terrorist group was gradually stripped of all the land it had occupied in the two Arab countries.

At the Damascus government’s request, Iran and Russia have been assisting Syria in its fight against terrorists.

The Iraqi army also receives such assistance from Iran.

‘US after Syria oil’

Syrian Deputy Defense Minister Mahmoud al-Shawa also addressed the conference, saying the US is trying to gain control over Syrian oil fields and is helping Daesh for this purpose.

Washington has “decided to invent various pretexts to justify keeping the illegal presence of their bases and troops on Syrian soil in order to establish control and domination over the oil fields in order to separate Syria,” Shawa said.

He also accused the US of violating humanitarian law during its military operation in Syria, but hailed Russia and Iran’s contribution “to the end of the war of attrition.” 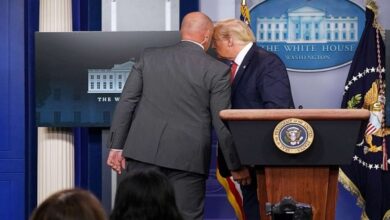