At least about 100 people were killed in clashes between Tajikistan and Kyrgyzstan this week, in the worst violence the countries have seen in years, while the international community called for calm.

Both the small impoverished landlocked nations have accused each other of restarting fighting in a disputed area, despite a ceasefire deal. The situation on the contested border between the two Central Asian neighbors was, however, calm on Sunday afternoon, according to Kyrgyz authorities.

Kyrgyzstan and Tajikistan said on Sunday nearly 100 people had died in their border conflict, as a fragile ceasefire between the Central Asian nations extended into a second day and their mutual ally Russia urged a de-escalation.

Clashes regularly erupt between the two former Soviet republics, as around half of their 970-kilometer (600-mile) border is still to be demarcated.

Kyrgyz authorities on September 18 said 59 of its citizens had been killed after days of shooting along the border with Tajikistan.

Meanwhile, Tajikistan said at least 35 on its side had been killed, while unnamed officials told RFE/RL’s Tajik Service that at least 39 Tajik citizens had died in the violence.

Civilians, including women and children, were reported to be among the dead and injured, along with security personnel. The reports could not be independently verified.

Stéphane Dujarric, a spokesman for the Secretary-General said that the United Nations is ready to help the Kyrgyz and Tajik authorities to resolve border disputes if requested by the parties. 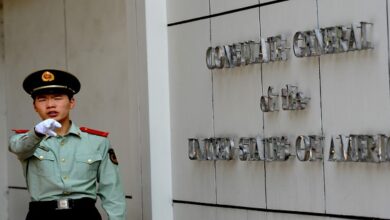 US flag lowered, diplomats to leave consulate in Chengdu, China 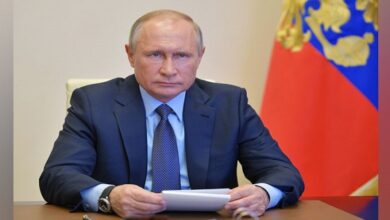