A ceasefire agreed between Azerbaijan and Armenia fell apart minutes later amid a flare-up in hostilities between the two estranged neighbors.

According to a report by Reuters, citing a source, a ceasefire agreement between the two countries came into force at 9 a.m. local time (0500 GMT) on Monday.

However, tensions again flared in the latest escalation of the protracted dispute between Baku and Yerevan over the contested Nagorno-Karabakh region.

Armenia’s defense ministry accused Azerbaijan of firing in the direction of the southern Armenian towns of Goris, Kapan, and Jermuk with the help of drones, as quoted by Bloomberg news agency.

“At 00:05 am (2005 GMT) on Tuesday, Azerbaijan launched intensive shelling, with artillery and large-caliber firearms, against Armenian military positions in the direction of the cities of Goris, Sotk, and Jermuk,” Armenia’s defense ministry said in a statement.

Armenia Prime Minister Nikol Pashinyan said 49 Armenian soldiers had been killed in the ensuing clashes with Azerbaijan, while the Azerbaijan side has not yet commented on its casualties.

However, Azerbaijan’s defense ministry rejected the Armenian claim, saying its forces were carrying out counter-measures in retaliation for “large-scale Armenian provocation”.

“Several positions, shelters and reinforced points of the Azerbaijan armed forces … came under intense shelling from weapons of various calibers, including mortars, by units of the Armenian army,” said the ministry in a statement.

The shelling, it noted, took place near the districts of Dashkesan, Kelbajar, and Lachin on the border, adding that its army positions “came under fire, including from trench mortars.”

This is the most recent flare-up in tensions between the two Caucasus neighbors since thousands were killed in a 44-day war over the disputed territory of Nagorno-Karabakh that ended in November 2020.

After the fighting, Azeri troops regained control over swathes of Nagorno-Karabakh, which had been controlled since the 1990s by ethnic Armenians.

The deadly conflict, which claimed over 65,000 lives on both sides ended with a Russian-brokered ceasefire, but tensions have continued to boil.

Last week, Armenia accused Azerbaijan of killing one of its soldiers in a border shootout.

In August, Azerbaijan said one of its soldiers was killed while Armenia said two of its troops were killed and more than a dozen injured in border clashes.

Nagorno-Karabakh is internationally recognized as part of Azerbaijan but has been populated by ethnic Armenians.

Russia has deployed 1,960 peacekeepers to the region for an initial five-year period. Since the truce, the two sides have accused each other of breaching the peace deal amid sporadic fighting.

In faith: A view of the â€˜Ashoorkhanaâ€™ in the Aza Khana Zehra.

US hails prisoner swap with Taliban as ‘new opening’ 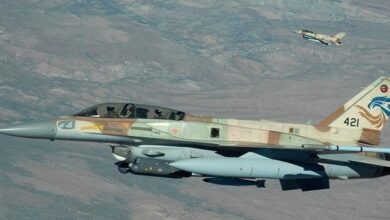