Three US officials have said that Israel was behind the assassination of Iranian scientist Mohsen Fakhrizadeh in a terrorist attack near the capital Tehran, according to a report.

“One American official — along with two other intelligence officials — said that Israel was behind the attack on the scientist,” The New York Times reported on Friday.

“It was unclear how much the United States may have known about the operation in advance, but the two nations are the closest of allies and have long shared intelligence regarding Iran,” it added.

Fakhrizadeh,59, had been targeted on Friday in a multi-pronged attack involving at least one explosion and small fire by a number of assailants in Absard city of Damavand County, Tehran Province.

Iranian Foreign Ministry Mohammad Javad Zarif roundly condemned the terror attack, saying there were “serious indications” of the Israeli regime’s role in the assassination of Fakhrizadeh, a professor of physics at Imam Hussein University of Tehran.

“Terrorists murdered an eminent Iranian scientist today. This cowardice—with serious indications of Israeli role—shows desperate warmongering of perpetrators,” he said in a tweet.

The top Iranian diplomat called on the international community, especially the European Union, to “end their shameful double standards & condemn this act of state terror.”

Fakhrizadeh’s name was mentioned multiple times in a presentation in 2018 by Israeli Prime Minister Benjamin Netanyahu, during which he repeated baseless claims about the Iranian nuclear program.

Netanyahu described the scientist as the director of Iran’s nuclear program and threatened, “Remember that name, Fakhrizadeh.”

The Tel Aviv regime has made several attempts over the past years to throw a wrench in Tehran’s peaceful nuclear work.

The New York Times summarized the “chilling message” that “American officials” wanted to send to Iranian top scientists with the assassination of Fakhrizadeh: “If we can get him, we can get you, too.” Indistinguishable from Mafia talk.

Deputy Permanent Representative of Russia to the UN, Dmitry Polyanskiy, tweeted, “That’s a telling analysis from @nytimes reflecting readiness of US establishment to give green light to political extra territorial assassinations. Not a thing to boast for a democratic country! #Iran #Fakhrizadeh.” 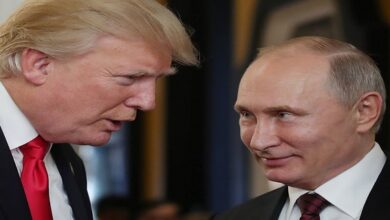 US president Donald Trump admits US cyber attack on Russia 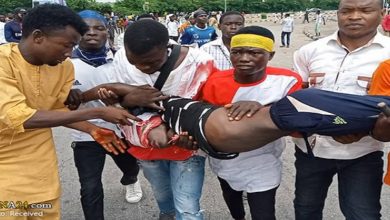 Zaria Massacre: Department of State Services as a tool of Nigerian Tyrant Buhari