Since few weeks ago, the Saudi authorities have been carrying out series of weekly calls to a number of prominent Shia figures in the city of Al-Khobar, which it is within the framework of ongoing sectarian harassments against its Shia citizens in that city.

According to reliable sources, the latest arbitrary security measures by the Saudi authorities were preventing its Shia citizens of Â Al-Khobar city from the congregational prayers since the beginning of the month of Ramadan, in which many of them go to pray at a rented place outside the city of Al-Khobar.

It is for more than two weeks, the governor of Al-Khobar city Sulaiman Al-Thiniyan and the director of criminal investigation Mohammed Tuwaijru called on the cleric Sayed Mohammad Bager Al-Nasser and Abdullah Al-Muhanna over the same issue.

Both the governor of Al-Khobar city and the director of criminal investigation emphasized strongly in their majority of calls to tell the cleric Mohammad Bager and his companion that Shias are not allowed to worship congregationally.

In previous occasions, both Shia prominent figures, the cleric Mohammad Bager and Haj Al-Muhanna, were forced to sign written pledges ruled â€œnot to stir up sectarian or rallies,â€ referring to the ban of performing prayers in congregation at Shiaâ€™s chapels and homes.

Abdullah Al-Muhanna has previously been imprisoned last year for more than five weeks under the pretext of performing prayers in congregation at his chapel in his house.

Last March and April, the Saudi authorities have arrested four Shia citizens for a full month under the pretext of opening their own homes as chapels for their community.

Last month, the cleric Sayed Mohammad Bager Al-Nasser denounced the sectarian campaign against the Shia citizens in the city of Khobar under the pretext of performing prayers in congregation.

Sayed Al-Nasser said in a statement that the Shias in Al-Khobar city insist in performing prayers in congregation, â€œWe will pray, god willing, in our chapels, and the Saudi authorities will bear the brunt of the trouble from preventing us to pray,â€ Al-Nasser said.

Since mid-2008, Saudi authorities have been waging a sectarian complain against its Shia citizens, by closing four Shia mosques in Al-Khobar city and also enforcing a ban on them from praying in congregations in their private homes.

In addition, the saudi authorities prohibit its shia citizens from building mosques outside their historical regions, such as Al-Ahsa, Al-Qatif, and Najran, without clear justifications. 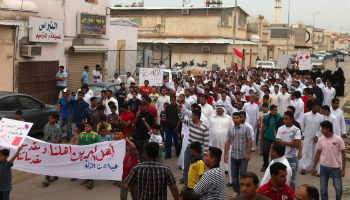 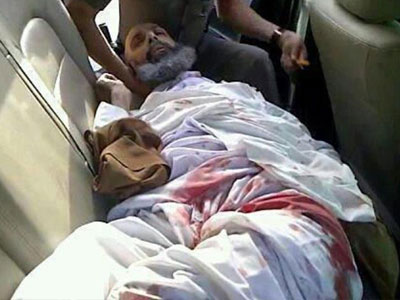