However, independent and impartial observers say Israeli media also is toeing the line of Tel Aviv to pressure the European governments.

They reported organizations making the charge that the International Criminal Court should investigate Israel for war crimes,receive these funds.

In this regard, they are referring to a new report from NGO Monitor found this week.

The report focused on nongovernmental organizations and their funding.

Furthermore, it analyzed the annual financial reports from 2017-2019 of the 35 Israeli NGOs involved in political advocacy that receive foreign government funding.

A significant amount of the funds went to organizations that supported an ICC investigation against Israel, which was announced last week.

Meanwhile, ICC Chief Prosecutor Fatou Bensouda referred to three B’Tselem documents in her brief in which she argued the ICC had jurisdiction over Israel, even though Israel is not a member of the court and has an independent judiciary.

A Dutch government document from that period stated: “B’Tselem regularly refers to the [Israeli] Supreme Court as one of the main mechanisms that permits the ongoing occupation and human rights violations by granting judicial legitimacy to Israel’s policies.”

A March 2020 email from B’Tselem stated: ”We hope the court will make the right decision to back the Prosecutor’s position and rule: there is jurisdiction and there will be an investigation.”

In 2018, the Netherlands gave Yesh Din a grant to ensure that the “issue of impunity of [Israeli security forces personnel] in cases of offenses committed against Palestinians in the West Bank and in Jerusalem remains on international agenda.”

Moreover, on Jan 30, 2020 a statement from Yesh Din claimed that “the State of Israel is unable or unwilling to take resolute action in keeping with its legal duties to eradicate violence and harm to Palestinians and their property…

Besides, the international community, which shares in the responsibility for protecting the rights of Palestinians living under occupation has an obligation to intervene and take action.”

Other organizations taking similar positions include Adalah, which received 49.665% of its donations, amounting to NIS 5,800,767, from foreign governments, and Breaking the Silence, which is 55.61% (NIS 12,125,833) foreign government-funded.

Meanwhile, The New Israel Fund provided B’Tselem, Yesh Atid and Adalah with NIS 4,063,396 in 2017-2019, and told Makor Rishon last month that it no longer believed “can no longer 100% support” a “resolute statement that Israel has an independent judiciary that investigates itself without bias.” 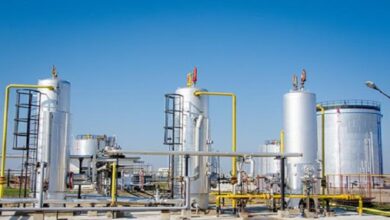