Sudan is apparently prepared to join the UAE and Bahrain in normalizing relations with the Israeli regime in return for over $3 billion in economic aid, a new report reveals.

A “decisive” meeting is to be held in Abu Dhabi on Monday on a possible normalization agreement between Sudan and Israel, a report by the American news website Axios revealed late Sunday.

According to Sudanese sources cited by Axios, an announcement on a normalization agreement with Israel similar to the ones struck with the UAE and Bahrain could be made within days should Washington and Abu Dhabi accommodate Khartoum’s request.

What Sudan demands is more than $3 billion in humanitarian assistance and direct budgetary aid in order to deal with an economic crisis and fallout from devastating floods, as well as a commitment by the US and the UAE to providing Sudan with economic aid over the next three years.

In addition to economic aid, the Sudanese government wants the Trump administration to remove Sudan from the State Department’s state sponsors of terrorism list. This issue is indirectly connected to the normalization deal with Israel.

The Monday talks are to be attended by the White House National Security Council’s senior director for Middle Eastern Affairs Directorate, Brig. Gen. Miguel Correa, Emirati national security adviser Tahnoun bin Zayed, and members of the civilian and military branches of the Sudanese government, mainly the chief of staff to Prime Minister Abdalla Hamdok and Minister of Justice Nasredeen Abdulbari, who is also a US citizen.

Correa was the American official involved in the efforts to draft the Israel-UAE agreement, and Tahnoun bin Zayed is also in charge of the UAE’s talks with Tel Aviv.

The issue of normalization between Sudan and Israel was raised last Tuesday in a meeting in Washington between Netanyahu and Secretary of State Mike Pompeo.

The Monday meeting is to be held on the sidelines of Burhan’s trip to Abu Dhabi. However, Burhan only represents the military faction of the Sudanese government. The civilian faction and Prime Minister Hamdok had reservations about the move for a long time out of concern for domestic protests.

The United Arab Emirates and Bahrain signed controversial normalization agreements with Israel at the White House last week amid outrage across Palestine and elsewhere throughout the Muslim world at the Arab regimes’ sheer betrayal of the Palestinian cause.

With the US-brokered deals, the UAE and Bahrain have become only the third and fourth Arab states to ever normalize their relations with Israel after Egypt and Jordan. 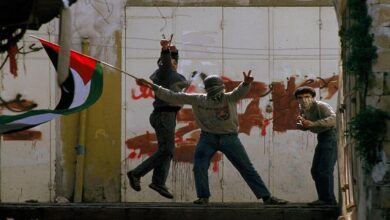 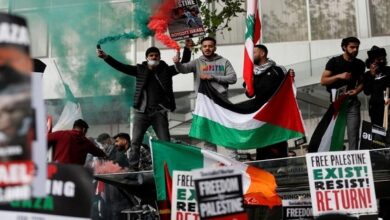