Prime Minister Imran Khan’s position toward the West is becoming increasingly defiant as he set to visit Russia from February 23 to 25 after completing his “historic visit to China” and attending the Beijing Olympics, which the US and several other western countries had boycotted.

Diplomatic sources confirmed on Sunday evening that the premier was expected to undertake the “all crucial” visit of Moscow in the last week of February — the first by a Pakistani premier in over two decades. Federal Information Minister Fawad Chaudhry refrained from confirming the development, saying that the foreign affairs ministry should be approached for this purpose.

The premier’s visit to Moscow is believed to be a clear signal to the West, especially after he clearly said “absolutely not” to Washington on giving bases in Pakistan following its withdrawal from Afghanistan and not receiving a phone call from US President Joe Biden since he assumed his office in the White House.

“Prime Minister Imran’s visit under the current circumstances is crucial,” a diplomat told The Express Tribune, requesting anonymity, while referring to the rising tensions between Russia and Ukraine and ultimately between Moscow and the West.

The diplomat further said PM Imran and Russian President Vladimir Putin would exchange views on bilateral cooperation as well as regional and international issues of mutual interest. Recently, PM Imran while speaking to President Putin had lauded his statement on the issue of blasphemy.

In a telephonic conversation with Putin on January 17, PM Imran had underscored that Pakistan’s bilateral relationship with Russia was on an upward trajectory, with an increased focus on trade and economic ties and energy cooperation. He had reiterated the government’s resolve for early realisation of the Pakistan Stream Gas Pipeline Project. According to PM Imran, he and Putin had agreed to enhance bilateral cooperation in different areas, increase high-level exchanges, and remain in close contact on matters relating to Afghanistan.

PM Imran had underscored that a peaceful and stable Afghanistan was pivotal for regional stability.
The official statement had attributed to the prime minister that he looked forward to President Putin’s visit to Pakistan as well as his own visit to Russia at an appropriate time. Now, the diplomatic sources have confirmed that the dates had been finalised and PM Imran and President Putin would be standing together in the last week of February if there are no last minute changes.

Following the diplomatic dispute between Russia and the West on Ukraine, Moscow has reoriented trade, seeking to replace Western imports and reducing its use of the US dollar. Putin’s recent meeting with Chinese President Xi Jinping was also taken as a show of unity amid Moscow’s deteriorating relations with the West.

Last month, it was reported that Islamabad and Moscow were in talks to finalise a plan for what would be a landmark visit of the Russian president to Pakistan this year.

The visit was being discussed by the two sides for the last two years but could not be materialised because of a variety of reasons, including the Covid-19 pandemic. For the visit, Moscow wanted to have something “significant” ready before Putin finally undertook his trip to Pakistan. 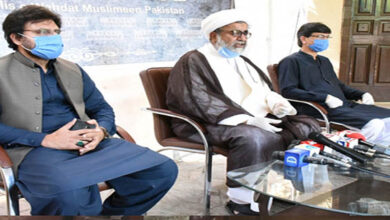 Defense of motherland will be ensured at all costs: Gen Asim