â€œWe call on Bahraini authorities to immediately stop torturing Â detainees and to release them immediately,â€ said the activists, calling themselves the â€œGulf Group,â€ in a statement signed by its general coordinator Anwar al-Rasheed.

The statement also urged Bahrain to allow the detainees to defend themselves, ensure full rights in accordance with international standards and allow representatives of international rights bodies to visit them.

Bahrain charged 23 Shia activists earlier this month with forming a â€œterror networkâ€ aimed at bringing down the government. Two of the activists are in London and were charged in absentia.

The Gulf Group said it followed with â€œgrave concernâ€ the clampdown in Bahrain and the â€œarrest, detention and tortureâ€ of political and rights activists under the counter-terrorism law.

It said the detainees have been falesly charged with forming a terror network although most of them are â€œwell-known rights and politicalâ€ personalities who belong to peaceful public organisations.

The Gulf Group also criticised a decision to suspend the board of the Bahrain Human Rights Society.

Amnesty International on Thursday accused the authorities in Bahrain of an intensifying â€œclampdown… on Shiite opposition and human rights activists in the run-upâ€ to October 23 parliamentary elections. 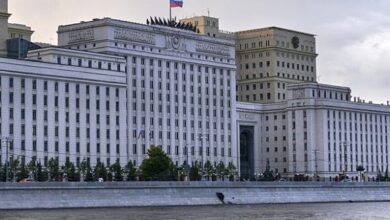