A media outlet linked to the Emirati ruling Dynasty reportedly plans to release a documentary which claims that Qatar was behind the 9/11 attacks, amid the widening rift among the Persian Gulf Arab kingdoms.

According to a report by Gulf News, Sky News Arabia, owned by Abu Dhabi royal family member Mansour bin Zayed Al Nahyan, is scheduled to air the documentary titled “Qatar… The Road to Manhattan” on Wednesday.

The documentary focuses on a visit by 9/11 mastermind Khalid Sheikh Mohammad to Qatar in 1996 as well as “Qatar’s long-term support for him, including protection and financial assistance, to achieve his terrorist goals and plans,” the report said.

“Emiratis, not Qataris, were among the hijackers who flew planes into the Twin Towers,’’ he wrote.

“The UAE was singled out in the 9/11 Commission’s report for its role in laundering money to terrorists,” the Qatari diplomat added.

Out of the 19 hijackers in 9/11 attacks, none were Qatari nationals. Two of them were from the UAE and 15 were Saudis. Osama bin Laden was born and raised in Saudi Arabia and Khalid Sheikh Mohammad is Pakistani.

The reports that a high-ranking Qatari minister shielded Khalid Sheikh Mohammad from the CIA in 1996 are not new. However, they are being repeated amid widening disputes between leading Arab states and Qatar after Saudi Arabia, the United Arab Emirates (UAE), Bahrain, and Egypt broke off diplomatic ties with Qatar on June 5, accusing Doha of supporting terrorism.

The four Arab countries also suspended all land, air, and sea traffic with Qatar. Doha has denied the accusations and has refused to meet a list of demands forwarded to it by the boycotting countries. The list, among other things, asked Qatar to close down Al Jazeera television, curb ties with Iran and shut down a Turkish military base.

Apart from the Kuwaiti Emir and Turkish president, US Secretary of State Rex Tillerson and representatives from Europe have toured the region in recent weeks in a bid to soothe the tensions between the Arab states in the Persian Gulf, all to no avail.

On Saturday, UAE Minister of State for Foreign Affairs Anwar Gargash rejected a Qatari Emir’s call for dialogue, saying Doha has to change its policies before talks could take place to lift the Saudi-led blockade.

Tunnel attack blows up Syrian army base in Idlib 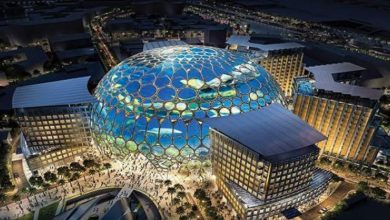