US warplanes have bombed a residential neighborhood in Syria’s northeastern province of Hasakah, a week after remnants of the Daesh Takfiri terrorist group launched an armed attack on a detention center run by the Kurdish-led militants from the US-backed Syrian Democratic Forces (SDF).

Syria’s official news agency SANA, citing local sources, reported that the fighter jets struck several houses in the vicinity of Industrial Secondary Prison in the provincial capital city of Hasakah city on Friday, under the flimsy pretext of hunting down terrorists currently at large after escaping the Kurdish-run Ghwayran jail.

The report added that the aerial strikes caused massive destruction in the targeted area, with no immediate information about the number of casualties.

SANA noted that the US military airstrikes were coupled with home break-ins, which SDF members carried out in Aziziyah neighborhood of Hasakah city.

The US-backed militants arrested an unidentified number of people, and took them to an unknown location.

On Wednesday, the US-backed Syrian Democratic Forces said they had retaken full control of Ghwayran prison, ending six days of battles that turned the largest city in northeastern Syria into a war zone.

More than 100 Daesh terrorists launched an attack against the Ghwayran prison on January 20 to free their comrades from the detention center, which was thought to hold some 3,500 Daesh inmates at the time of the assault.

The Daesh terrorists entered the prison after their two explosives-laden vehicles steered by bombers destroyed the entrance and killed the guards. The terrorists caused a major jailbreak of an unknown number of their comrades, seized weapons and took over several cell blocks.

The brazen Daesh jailbreak attempt and ensuing clashes, according to the so-called Syrian Observatory for Human Rights, left 124 Daesh terrorists, 50 SDF militants and seven civilians dead. The attack is considered the group’s most high-profile and sophisticated terrorist operation since the loss of its so-called caliphate nearly three years ago.

The development comes as security conditions have been deteriorating in the SDF-controlled areas in Syria’s northern and northeastern provinces of Raqqah, Hasakah and Dayr al-Zawr.

Local Syrians complain that the SDF’s constant raids have generated a state of frustration and instability, severely affecting their businesses and livelihood.

Syrian government forces have prevented a US military convoy from passing through a neighborhood in Hasakah city.

SANA reported that a US convoy of two armored vehicles was forced on Friday afternoon to turn around and head back in the direction it came from after army soldiers blocked Palestine Street, and prevented its movement.

The US military has stationed forces and equipment in eastern and northeastern Syria, with the Pentagon claiming that the deployment is aimed at preventing the oilfields in the area from falling into the hands of the Daesh terrorists.

Damascus, however, says the unlawful deployment is meant to plunder the country’s resources.

Former US president Donald Trump admitted on several occasions that American forces were in Syria for its oil.

After failing to oust the Syrian government with the help of its proxies and direct involvement in the conflict, the US government has now stepped up its economic war on the Arab country. 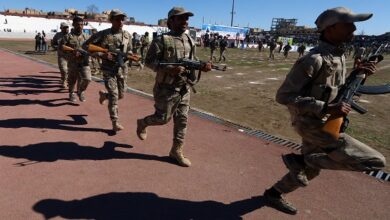 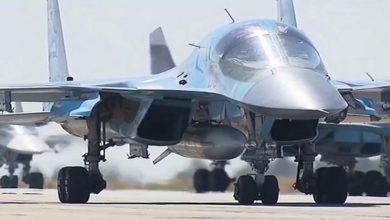