Hezbollah Deputy Secretary General Sheikh Naim Qassem called for forming a national unity cabinet which represents all the political parties according to the results of the parliamentary elections, urging the state authorities to hold the responsibility of the security in Baalbek city.

Sheikh Qassem stressed that the United States and the Western countries do not want to end the crisis of the displaced Syrians in order to exploit them in their pressures on the Syrian government, highlighting the role of the Palestinian resistance in confronting the Israeli schemes in the region and frustrating the US Century’s Deal. 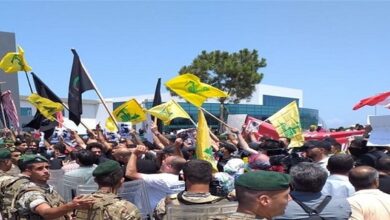 Lebanese Protest Over US Military Official Visit to Beirut