Hezbollah says the weekend nuclear deal between Iran and world powers was â€œa major victoryâ€ for its regional ally.
â€œWhat was achieved through this agreement is a major victory for Iran and to all the people of the region and it is a defeat for the enemies of these people,â€ Hezbollah announced in a Monday statement.

â€œ[It is] a model victory and world-class achievement which the Islamic state adds to its record which shines with victories and achievements.â€

An interim deal to restrict Iranâ€™s nuclear program was reached after five days of top-level talks in Geneva, Switzerland, Sunday.

The deal represents a historic breakthrough in the worldâ€™s decade-long nuclear standoff with Iran. 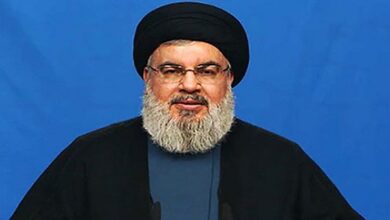