A large explosion rocked the Lebanese capital Beirut on Tuesday, damaging buildings and offices around the city.

The source of the explosion was a major fire at a warehouse for firecrackers near the port in Beirut, the state-run National News Agency reported, CNN reported.

A red cloud hung over the city in the wake of the blast as firefighting teams rushed to the scene to try to put out the fire.

Local news reported multiple people were wounded in the incident. 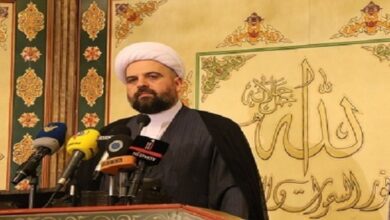 Sheikh Qabalan: Neutrality in Face of Israeli Occupation and ISIL Is Treachery