More than a dozen Takfiri ISIL terrorists have been killed as Iraqi security forces launched an operation against the militants in the country’s embattled western province of Anbar.

Separately, at least 30 ISIL members were killed when Iraqi forces, backed by tribal fighters, repelled a militant onslaught on the city of al-Khaldiya, located about 83 kilometers (50 miles) west of the capital, Baghdad. There were reportedly foreign nationals among the slain Takfiris.

Six vehicles belonging to the terrorists were also destroyed during the heavy clashes.

The facility is equipped with sophisticated medical devices and even has an operating room, where surgeries on wounded Takfiri militants used to be done, the al-Forat news agency reported.

The commander of the 3rd Battalion of the Iraqi Army’s 30th Brigade, Colonel Mahmoud Morzi al-Jumaili, also said an ISIL militant commander, identified as Kamal Sahi Faraj al-Issawi, and a number of his aides were killed when Iraqi fighter jets pounded terrorist positions in al-Karmah town, located about 48 kilometers (30 miles) west of Baghdad, on Monday.

The northern and western parts of Iraq have been plagued by violence ever since Takfiri ISIL militants began their march through the Iraqi territory in June 2014.

The heavily-armed terrorists took control of Mosul before sweeping through parts of the country’s heartland.

Iraqis rally on anniversary of US occupation 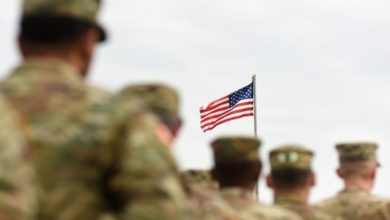