A security source in Syria announced that a prominent leader of the ISIL terrorist group was killed in the special operations of the country’s security forces in the suburbs of Daraa.

A Security source in Daraa on Monday evening reported that the competent authorities carried out a fast special operation during which the terrorist Muhammad Iyad Abdul-Razzaq, nicknamed Abu Qasim al-Aqrabawi, the executive arm of the killed terrorist Abu Salem al-Iraqi, linked to ISIL terrorist organization.

“The operation has been carried out after surrounding the terrorist in his hideout and clashing with him, with too many weapons been confiscated inside his depot” the source noted, adding that the operation was completed without any causalities among the executing elements, except for one member who was slightly injured, SANA news agency reported.

“The terrorist al-Aqrabawi participated in many assassination and terrorist attacks carried out during the last months, among which bombing one bus carrying a Syrian Army unit, kidnapping and killing personnel of Muzairip police station”, the source concluded. 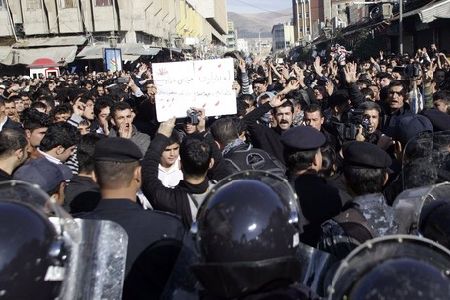