The Kurdistan Workers’ Party (PKK) claims to have shot down a Turkish helicopter and damaged another in northern Iraq.

The militant group announced in a statement on Monday that the attack, which was conducted in retaliation for the death of one of its commanders last week, took place over the Zagros Mountains in the semi-autonomous Kurdish region in Iraq.

The militants had “been able to score a direct hit and shoot down a Turkish helicopter,” the PKK claimed in the statement, adding, “Ten minutes after the shooting-down of the first helicopter, our forces hit another one… forcing it to flee.”

The mayor of Kani Massi district, located in Dohuk Governorate in Kurdistan region and close to the Turkish border, confirmed that a Turkish helicopter had crashed nearby.

The PKK said the shooting came as a response to a Turkish drone strike on August 11 that killed Akid Karzan, one of the militant group’s top commanders, as well as two high-ranking Iraqi officers.

It was the first time that members of the Iraqi government troops have been killed since Turkey launched a cross-border operation in mid-June against the Kurdish militants in the mountainous terrain of northern Iraq.

At least five civilians have been killed since the Turkish military started its ground campaign, dubbed Claw-Tiger Operation, against PKK positions in northern Iraq on July 17; and Claw-Eagle Operation, the air campaign, two days earlier.

The strike prompted Iraq to summon the Turkish ambassador in Baghdad for the third time in two months. 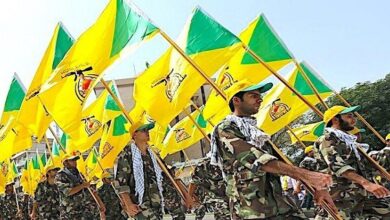 Iraqi resistance groups announce confrontation with US occupiers until liberation