The message by World Shia Leader, Ayatollah Seyyed Ali Khamenei, on the desecration of the holy Qur’an has been filed as a UN document.

The Iranian Ambassador to the UN, Mohammad Khazaee, told IRNA on Thursday that the move aims to â€œattract the international community’s attention to Iran’s stance and to warn Â against the serious repercussions of insulting the holy book of Muslims and hurting the religious feelings of more than one-fourth of the world’s population.â€

The Iranian envoy condemned the desecration of the Qur’an as â€œabhorrentâ€ and said the move was part of a plan to create a rift between followers of different religions.

Florida pastor Terry Jones floated the idea of torching the Holy Qur’an on the anniversary of the September 11, 2001 attacks.

Although the pastor called off his plans, other anti-Islam extremists in the US tore pages, and burned copies of the Muslim holy book on the ninth anniversary of the 9/11 attacks.

The act sparked outrage in the Muslim world with millions demonstrating across the globe to denounce the desecration of the holy book.

Ayatollah Khamenei strongly condemned the insult to the holy Qur’an in a message on Monday.

The Leader said that the act was calculated by â€œthose who years ago put Islamophobic and anti-Muslim policies on their agenda and have tried to combat Islam and the Quran in numerous ways by resorting to myriad propaganda means and campaigns.â€

â€œIt is designed and masterminded by heads of world imperialism and Zionist think tanks which have the highest degree of influence in the government, the military and security agencies of the United States as well as Britain and some other European countries.” 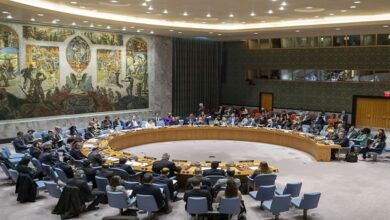 339 killed due to strong earthquake on Iran-Iraq border