Leader of the Islamic Revolution Ayatollah Seyyed Ali Khamenei says Iran has to respond strongly to “totally hostile behavior” of the US government and its Congress.

The Leader told members of Iran’s new parliament in Tehran Sunday that US policies and its threats against Iran have not changed after a nuclear deal reached with Tehran in July.

“Their stances and threats at this moment are the same as before. We shouldn’t remain silent towards these insults,” said the Leader

“Against the insolence of the enemies, there is need to come to the scene and shut their mouths with a strong answer,” he added.

In its political agenda, the Leader said, “the enemy makes its calculations according to the reactions and if it senses any passivity and retreat from the opposite side, it will not settle for less and will ask for more.”

Iran has come under new US pressure since the conclusion of nuclear talks, with the American government imposing new sanctions on the country over its missile program and demanding that Tehran restrict it.

“The enemy is trying to activate ethnic, ideological and partisan faultlines and turn them into an earthquake. Hence, members of Majlis must try to foil this scheme.”

Ayatollah Khamenei also touched on “the enemy’s specific plots for the important and sensitive West Asian region,” saying Iran is seen as the only obstacle to their realization.

“The presence of Islam and Muslims, massive oil resources and waterways as well as the Zionist regime have made this region very important to the enemy,” he said.

“Their plan for the region is what they cited as the ‘new Middle East’ and a ‘greater Middle East’ several years ago,” the Leader added.

American plans in the region, including in Iraq, Syria, Lebanon and the Palestinians territories, have not realized due to Iran’s resistance, the Leader said.

“There is need to stand up to hegemonic policies and unmask the arrogance.”

Ayatollah Khamenei also said Iran’s primary problem is its economy, for which the country should find a solution.

The Leader has already asked state officials to work on developing an “economy of resistance” in the face of foreign restrictions, centered on domestic production.

“We have to look at every government move in the field of economy and see which part it lies in the chart of the ‘economy of resistance’,” he said.

The government has seen a steady trickle of foreign delegations into Iran since the country reached a nuclear agreement in July, but critics say the deal has had little dividends so far.

Ayatollah Khamenei said, “Economy is the main issue in the country and we have to solve it.”

“Domestic production is the cure for recession while creating jobs is important,” said the Leader.

“The shame this humble body of mine feels on seeing an unemployed youth go home empty handed is no less than his,” he added. 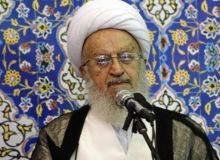 The Religion of Clemency and Mercy 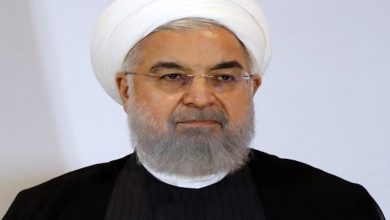