The chief commander of Iran’s Islamic Revolution Guards Corps (IRGC) has blasted the European Parliament’s resolution that calls for labeling the elite force as a “terrorist organization,” warning that the Europeans will have to suffer the consequences of repeating their past mistakes as the continent owes its security to the IRGC.

Major General Hossein Salami made the remarks after a meeting on Saturday with Iranian Parliament Speaker Mohammad Baqer Qalibaf as the two discussed a recent move by the European Union to designate the IRGC as a “terrorist” entity.

Praising sacrifices made by the IRGC, particularly the IRGC’s Quds Force and its late commander General Qassem Soleimani, Salami said the top Iranian anti-terror icon “played the biggest and most leading role in eliminating [a manifestation of] worldwide terrorism,” referring to the Takfiri Daesh terrorist group.

“But for the IRGC’s endeavors, especially the Quds Force and the leadership of Martyr Soleimani, the volcano of terrorism created by the Americans would have engulfed the Europeans and the security that prevails in Europe today would have been destroyed,” the IRGC chief said.

“The fire [of terrorism] was reaching the edge of Europe and had it not been contained, it would have covered all the geographical levels of Europe; but the Europeans and Americans are accustomed to replacing executioner with martyr, and oppressor with oppressed,” he added.

Salami called on the European governments to avoid committing their past mistakes, stressing that they will have to accept the consequences if they make a mistake again.

“Europe has not learned lessons from its past mistakes and thinks that it can undermine the glorious IRGC, which is empowered by faith, trust, strength and determination, with such statements,” he said, adding, “We are never worried about such threats or even acting on them, because the more opportunities our enemies give us, the stronger we act…but we advise the Europeans not to repeat their past mistakes.”

The European Parliament on Wednesday adopted an amendment which was added to an annual foreign policy report, calling on the EU and its member states to include the IRGC on their terror list. The parliament also passed another resolution on Thursday, calling for more sanctions against Iranian individuals and entities and putting the IRGC on the EU terrorist list over alleged human rights violations during the recent riots.

This is while Iran’s intelligence bodies have found footprints of American and other Western spy agencies in recent violent riots inside Iran which claimed the lives of dozens of people and security forces.

The move by the European Parliament has been strongly condemned by Iranian officials, commanders, and the Armed Forces.

The Iranian parliament passed a law in April 2019 designating American forces in West Asia, known as the United States Central Command (CENTCOM), as a terrorist organization. The move was made in response to the US blacklisting of the IRGC. 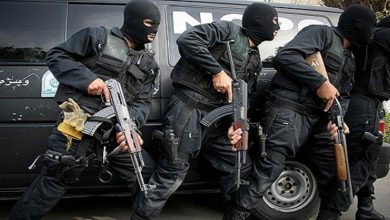 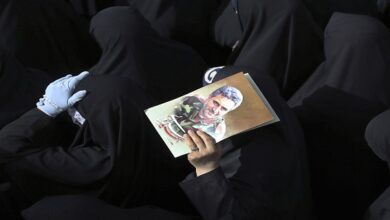